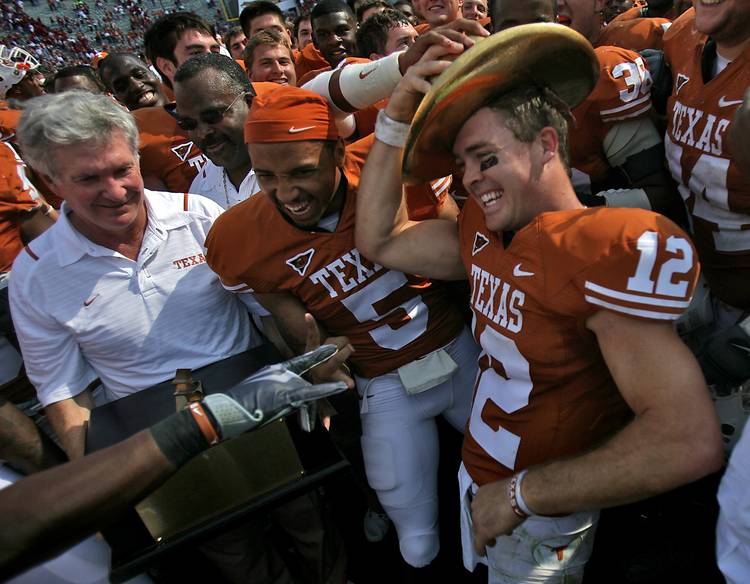 Texas quarterback Colt McCoy (right) puts on the Golden Hat Trophy after the Longhorns defeated Oklahoma 16-13 in the Red River Rivalry held at the Cotton Bowl in Dallas on Oct. 17, 2009. RODOLFO GONZALEZ/AMERICAN-STATESMAN

The New Orleans Saints are up next on the Washington Redskins’ schedule, but a few players have been focusing on a different foe this week.

McCoy, the only ex-Longhorn on Washington’s roster, then said that he’d take the stairs.

McCoy went 3-1 against Oklahoma during his four years as the starting quarterback at Texas. In 2006, McCoy’s two touchdown passes overshadowed Peterson’s 109 rushing yards in UT’s 28-10 win.

McCoy is not the only former Longhorn who has been thinking out the Red River Showdown this week. Plenty of Texas Exes have supported their alma mater on social media this week.

All-American outside hitter Micaya White earns the 1,000th kill of her Texas career