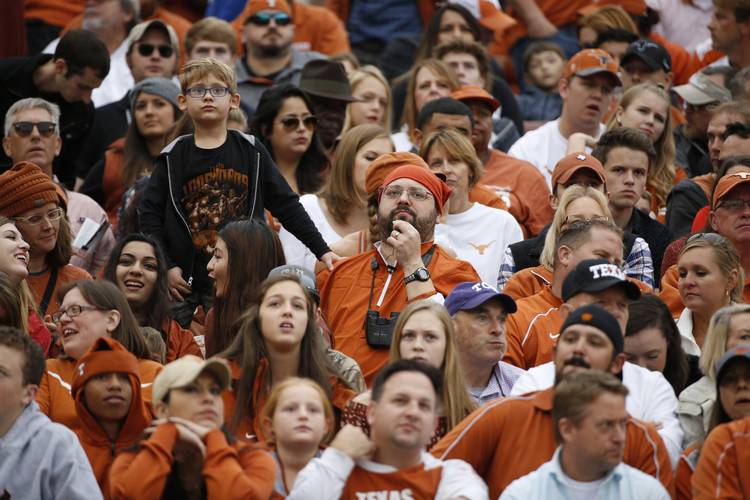 IRVING — The promise of an all-expense-paid holiday to California never seemed so empty.

Just as many in Austin had hoped, the Big 12 may still produce a national champion this season, but now it’ll have to be Nebraska. While the Cornhuskers could jump into the Rose Bowl in Pasadena if Tennessee stumbles in this week’s SEC championship game, the Longhorns will likely be playing down south in San Diego’s Holiday Bowl.

And so the wait goes on. But what’s another year when a football program has been waiting two decades? That’s how much time has passed since Texas proved it was a legitimate national power — part of college football’s upper crust — in a national championship shot gone awry in 1983.

It was almost fitting that ninth-ranked Colorado ran a clock-draining drive to eat up seven of the last nine minutes of the fourth quarter, tack on the game-sealing field goal and then hang on for a 39-37 upset of third-ranked Texas in the Big 12 title game. Handed yet another chance to figure into the national championship by the Vols’ win over No. 2 Florida, the Longhorns saved their worst game of the year for the most important game of the year.

The clock ticks on.

In the end, Texas (10-2) showed it wasn’t ready to qualify for the truly national stage, mostly because its starting quarterback showed he still isn’t capable of playing at the highest level. Fourth-year Coach Mack Brown still hasn’t won a conference title in his career, and Chris Simms has yet to excel in a big game.

As he did in the team’s 14-3 loss to Oklahoma, Simms flopped in a horrific performance with four turnovers. Over a span of just 20 plays, the Longhorn junior threw three interceptions and lost a fumble, resulting in 26 of Colorado’s points and gave way to senior Major Applewhite, who gamely rallied Texas to within two points with a half-minute to play.

Simms’ collapse, orchestrated before a chorus of boos by the predominantly Texas crowd, was hard to watch and impossible for Texas to overcome. He dislocated a finger, but location was a problem all night. He badly underthrew open receivers, threw late and into double coverage and took his team out of the game. That’s eight Simms turnovers in two losses.

Equally troubling, his game reopens the nagging doubts about his ability, gamesmanship and vision. He may not have a big enough drawing board to go back to.

And what does Texas draw from this tantalizing season in which — if you discount that last interception in the closing seconds against OU — the Horns were four points worse than the Sooners and two worse than an excellent Colorado team just hitting its prime? That there is much to be done at quarterback, in toughness, in resolve.

There still might be a top 10 finish, if Texas can hold off a Washington team looking for redemption of its own after losing by 58 points to Miami. But if Texas can’t complete the job after so many second chances, who knows if it ever will? The Longhorns had an opponent they had hammered and what amounted to a home stadium with all but 8,245 of the Texas Stadium crowd of 65,675 decked out in burnt orange.

For Texas, there need be no more discussion of the BCS or decimal points or strength of schedule. Just Texas’ lack of strength. It was not up to the challenge as it sounded one more false alarm for national acclaim.

The wait goes on.

FROM THE ARCHIVES: BOHLS: Trip to Final Four is major milestone for UT