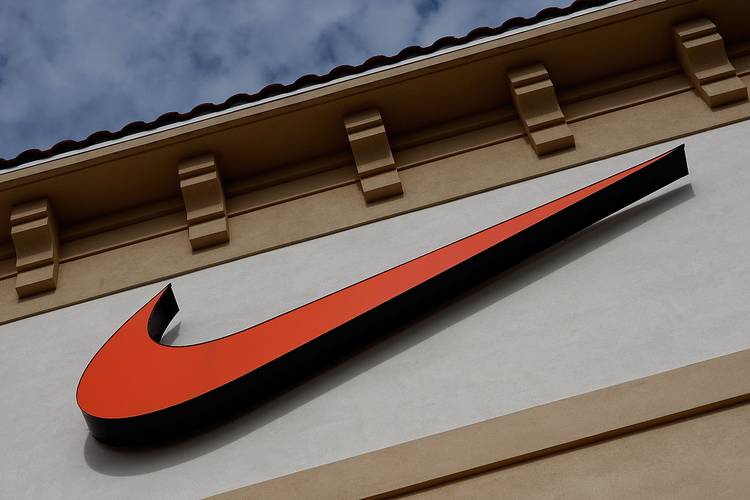 The "Swoosh" logo is seen on a Nike factory store on December 12, 2009 in Orlando, Florida. (Photo by Getty Images)

Nike, the company that gave us Air Jordans, Mars Blackmon and those awful Oregon uniforms, is the safe, predictable choice for Texas officials searching for a new shoe and apparel contract.

Nike doesn’t rock the boat. Officials from Phil Knight’s worldwide conglomerate will wire a mountain of money into UT’s coffers to keep the status quo, too. Maybe as much as $15 million a year, if that’s what it takes.

Under Armour boss Kevin Plank must know money isn’t the issue here. It’s all about timing.

That’s a hard sell, and frankly, not the Texas way.

Fenves has made bold decisions so far in his brief four-month tenure, to be sure. He took down the campus Jefferson Davis statue and fired athletic director Steve Patterson — politically-easy decisions, but ones that affected UT’s brand and national image. So does this one.

Nike’s 30-day exclusive negotiating window closed on Wednesday. Under Armour and adidas are both scheduled to make presentations to UT officials in the coming days, according to a source familiar with the negotiations.

Plank himself made the pitch to win the Notre Dame deal, and he’ll be hands on with the Texas bid, too. The Fighting Irish currently stand as the crown jewel in Under Armour’s collegiate universe. If UA lands UT, Godspeed, Irish.

Adidas has practically unlimited resources thanks to its international soccer deals. But Texas isn’t going to sign with adidas, a fading brand that currently outfits Texas A&M.

Whatever gets presented, Nike still has a contractual right of first refusal. Even if Under Armour makes a spectacular bid, Nike can match it, add $1 and it’s over.

So what type of contract should Texas expect? Like buying a house, go look at comparable sales. Under Armour signed Notre Dame to a 10-year contract worth approximately $90 million in January 2014. At the time, it was hailed as the biggest shoe and apparel contract in college sports.

This summer, Michigan made a huge splash by signing with Nike for 15 years at $169 million — about $11.3 million per year.

No school sells more shirts, hats and paraphernalia than Texas. The Longhorns have ranked No. 1 nationally for nine consecutive years in merchandise sales, according to the Collegiate Licensing Company. Catholicism and khakis can’t hold a candle to Bevo.

That’s why a $15-million annual figure feels like a good starting point. Texas deserves to be far out ahead of everyone else.

Under Armour does have intriguing positives. Plank built his company from scratch and has aggressive goals in mind. At a recent investors conference, Plank unveiled his 2018 revenue target of $7.5 billion, which represents a 25 percent compounded growth rate from $3.1 billion in net revenues in 2014.

“We firmly believe we are just getting started in our pursuit to become not only the definitive performance sports brand, but a truly great global brand,” Plank said in a UA press release.

This is a company that plans to spend 8-10 percent of its net revenues annually. The stock is tremendous (ticker: UA); it’s up more than 40 percent so far this year. Nike (ticker: NKE) is up 26.5 percent year to date, by comparison. There’s no real fear Under Armour is a company going away anytime soon.

If anything, Texas should come out of this process expecting more love from the Swoosh.

If the company won’t let UT use its Air Jordan brand, why not create something new for the Longhorns using Kevin Durant? A majority of UT athletes carry a KD-branded backpack. How about giving Shaka Smart’s group some KD-branded jerseys?

If Texas is going to make a switch, Under Armour and adidas will both push to make it quick. Those companies would need months to prepare new uniforms and get approvals. Oops, that creates more work to do.

That’s why Fenves and Perrin will stick with Nike, after others drive up the cost. It’s the safe, predictable choice. And one nobody will criticize.

Bohls: Texas is emerging from its identity crisis