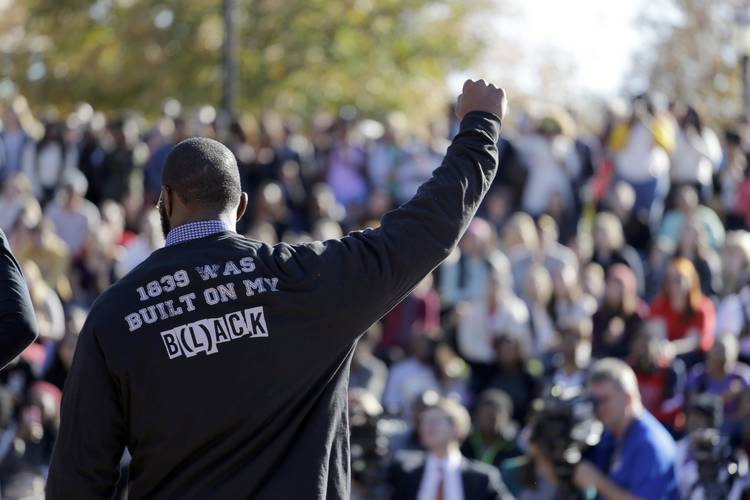 Daron Roberts strolled into his Plan II honors course on sports leadership at the University of Texas Monday morning and announced to his class that he was scrapping that day’s scheduled lesson plan.

He wanted to speak about the combustible Missouri situation instead.

By 10:40 that morning, one of his students interrupted and shoved his cell phone across Roberts’ desk to alert him to the breaking news. Missouri President Tim Wolfe had resigned under fire in the aftermath of loud protests by Missouri student groups that coalesced with about 30 angry, socially conscious football players to object to the administration’s gross neglect concerning a series of racial incidents.

“I guess that ruins the ending,” Roberts joked to the classroom.

Rather, it may just signal the start.

What transpired in the last week on the campus at Columbia, Mo., that ended with the removal of a university system president may lead to all sorts of athletic upheaval and social unrest and future civil disobedience among college athletes. And that’s a good thing if it’s as measured and rational and galvanized as the Thoughtful Thirty were on that SEC campus.

So did the NCAA. And the world.

Or they had better.

A strong, defiant stance by politically conscientious football players could grow roots that extend from Berkeley to Boston. Northwestern’s players sought to unionize but were blockaded. Now the Missouri administration took heed of an ugly series of racial provocations and took the proper steps, and athletes and students alike effected meaningful change. Without the athletes’ threatened boycott of this week’s BYU game that could have cost Missouri up to $1 million, Wolfe may still be in power, and growing disenchantment could have flowered.

But the athletes made their voices heard, and that’s a positive. Clearly, some will shower Twitter hate on these “entitled” athletes for taking such a strong stance, but it’s equally apparent that more in the future will channel their inner Muhammad Ali on social issues.

“The more I saw the numbers of the $1 million, there was no doubt in my mind they would have boycotted that game,” said Roberts, a serious, 36-year-old Harvard law grad who was one of the first African-Americans to serve as student body president at Texas. “It’s obvious some powerful people in Missouri were not willing to let that happen. We’d be having a very different conversation next Monday if that happened.”

But everyone should understand that day is coming. The stakes are too high, and the money and exposure are too big for it not to happen.

And now that athletes at a Power 5 conference school realize the power they hold, it’s only a matter of time until other teams do the same. Hopefully, responsibly. What happens if, in protest, Alabama’s football team chose not to take the field before a national championship game? How would the public react if Duke’s basketball team stayed in the dressing room and not take the floor for a Final Four game?

Longhorns football players, black and white, endorsed the courageous stand of their Missouri counterparts. Who’s to say the administration wouldn’t have balked and stripped the athletes of their scholarships, even if its own athletic department website proclaims as its mission statement to “prepare champions for life through academic integrity, social responsibility and competitive excellence.”

“I think that as a player, you have a bigger voice than people perceive you have,” Texas defensive tackle Desmond Jackson said. “They stood up, and it was the right thing to do. I have the utmost respect for them.”

“If you have the support of your teammates and coaches, you can use your platform as student-athletes for good causes,” center Taylor Doyle said. “We do have a platform before us. I see nothing wrong with fighting for causes you stand in line with.”

This doesn’t mean the athletes should gather and pound their fists and demand change every time they want shorter practices or lobster at the training table. As Roberts said, there is the potential for abuse by a rush to judgment, citing the demonization of innocent Duke lacrosse athletes over a sex scandal.

However, the numbers these athletes have in football and basketball are so large, and they power they wield is so great, that it’d be foolish to think we won’t see similar groundbreaking stories like this on other campuses. Athletic directors are on notice.

“What we saw at Missouri was a perfect storm,” Roberts said. “It had the trifecta of the AD, head coach and player support. You really have to have a unified front across the board. It will require more than 30 players to boycott a game or the right 30.”

This latest controversy speaks to the great divide between college athletes and those who rule their lives, whether the issue is Play for Pay or transferring with immediate eligibility, as well as the pressing need for more sports leadership classes such as those taught by Roberts within the Center for Sports Leadership & Innovation that was launched at Texas last December.

In Roberts’ UGS 303 class, called a Gameplan for Winning at Life, 98 percent of the freshman athletes at Texas have sat in his classroom, where it is mandatory that they sit next to non-athletes and where young men and women from affluent homes and economically disadvantaged backgrounds gather to learn about race relations and are exposed to conflicting viewpoints of life.

Where we’ve seen football players at Grambling or Alabama-Birmingham protest mistreatment or the threatened dissolution of their sport, the movement now gravitates to a larger, more noticeable stage. Not that Missouri isn’t used to such emotions boiling over.

“Some of this may stem from the handling of the Ferguson situation,” Roberts said of the outrage over the 2014 police shooting of an unarmed black teenager. “The one constant you see is Gary Pinkel. I really think we have to give him and the AD (Mack Rhoades, fresh from the University of Houston) credit. It’s apparent to me the team and head coach value integrity and honesty and commitment. A lot of things get thrown around the walls of a locker room, but you can see they live it at Missouri.”

Because Missouri listened. And acted.

Bohls: Just Texas beats just Kansas, but a win is a win

Golden: Will Texas finally show up in a true road game?