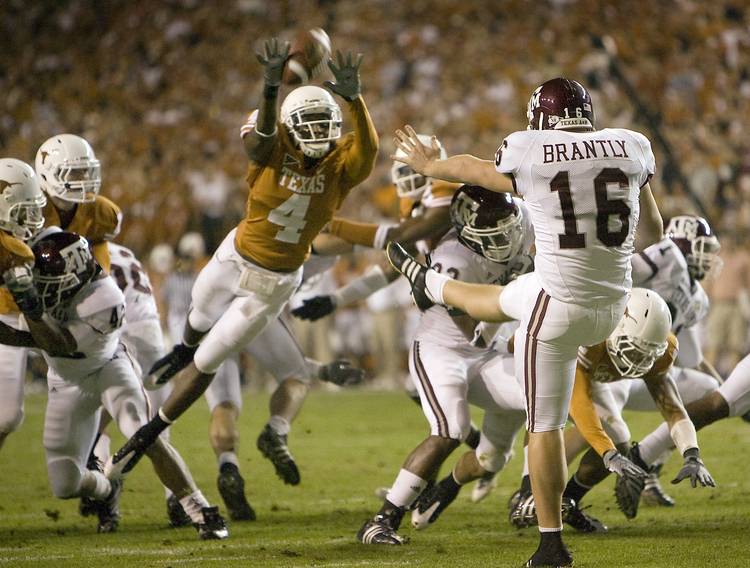 Mike Perrin will grow into this position, but he has to make the title his own.

He can’t be just the guy who replaced Steve Patterson.

Face the very real possibility that you may be searching for a new head football coach this time next year. I really like Charlie Strong — he’s great people, and I hope he wins big here — but if he puts up a third consecutive losing season, it will be time for him and his coaching staff to be replaced. With the talent coming back on both sides of the ball, the team should show drastic improvement next year. If not, the responsibility will fall on Strong’s shoulders. It’s never easy to fire a coach, especially so early in an AD’s tenure, but if Strong struggles early in 2016, Perrin should have a list of possible replacements in a file somewhere.

Patterson actually did some good things to help the UT brand in his short stay, but one of his biggest gaffes was increasing ticket prices for football. It was unacceptable to reach deeper into the pockets of your most important consumers while putting an inferior product on the field. If the administration cares as much for the fans as it claims, then ticket prices will be reduced in 2016 and beyond, and not increased until the Horns get back to winning like they used to win. The new AD can make that happen right now.

Four years is long enough for the Texas-Texas A&M cold war. It’s time to sit down with A&M athletic director Eric Hyman and figure out how to make this game a reality again. The ice has thawed a bit in recent months with both sides actually speaking positively about getting it on again. College football is all about traditional rivalries and very few approach the fire and passion of Texas vs. Texas A&M. If Perrin can get the Aggies and Longhorns back on the field on
Thanksgiving weekend, it would be one gigantic feather in his legacy hat.

4. Fix the Wickline case.
If Strong decides to retain offensive line coach Joe Wickline, then Perrin should help close the lawsuit with Oklahoma State. An assistant coach should never be a sideshow, and for much of 2015, Wickline’s off-the-field issue — was he a play-caller or wasn’t he? — proved to be a distraction for an overmatched offense that needed to be of single-minded purpose against the high-powered offenses of the Big 12. If Wickline wants to move forward, Perrin should make sure Texas breaks bread to make this thing go away before the start of spring practices.

The “We’re Texas” mantra is no longer enough to entice the state’s best recruits en masse to Austin. The workout facility is nice, but lags behind some of the other elite programs. Kids and fans like shiny new things and an upgrade is needed both at Moncrief-Neuhaus and eventually at DKR, where the south end zone will need to be expanded. The money part of the job may be more of a challenge for Perrin, but he’s more than smart enough to surround himself with the right people in this area.

Bohls, on Perrin: We know who Perrin’s not, but not who he is