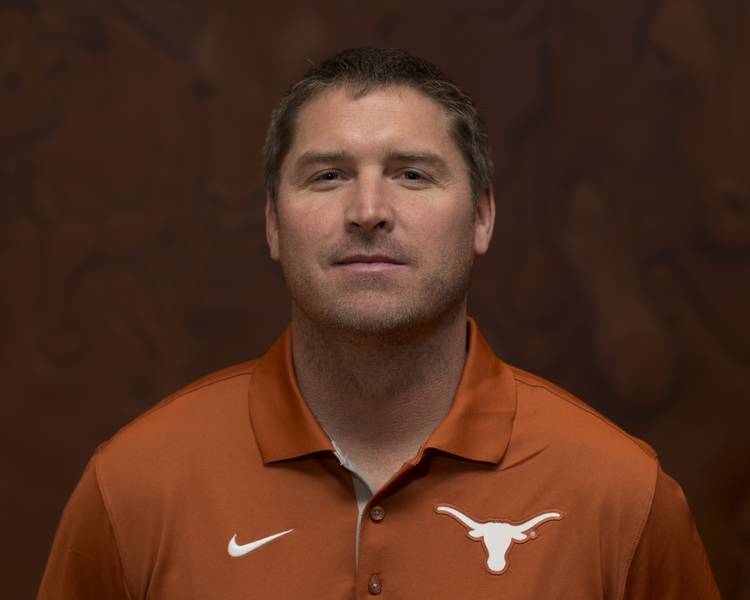 Glad to have you here at Chaos Central. We know drama. Winning football, not so much lately.

But we all assume you’re going to fix that.

Do we have concerns? A few, yes. It is a little troubling that you weren’t allowed to call plays at your last two stops at Tulsa and Bowling Green. That makes this a risky hire for Charlie Strong, who had to get this right. Strong had all offseason to get this right and blew it by retaining Shawn Watson and then admitted his mistake and demoted him after just one game, so he needed to pull this off seamlessly and effectively. Neither of those happened.

It’s amazing that Strong conducted what became a very public search for an offensive coordinator even though he hadn’t fired the old one. Not a good look. Texas finally got around to firing Watson and line coach Joe Wickline on Saturday.

So, Sterlin Gilbert, we trust you know what you’re in for. There’s all kind of misinformation out there. Strong always had the full and complete support of the school’s administration, but there’s no guarantee he will be here beyond 2016, no matter what you’ve been told. The deep pockets’ patience is running thin already after just 11 wins in two seasons. Said one power broker, “Nobody knows that (if Strong is back in 2017). My guess is that if does not show progress, change will be made.”

Quite simply, there was massive miscommunication in how this went down. It’s unbelievable that a sitting president flew to assist in the hiring of an assistant football coach. That didn’t play well nationally.

Back after the 1997 season, Texas dispatched its search committee to seal the deal on Mack Brown but really needed only DeLoss Dodds and Darrell Royal to get it done. Strong pressed for president Gregory L. Fenves and new athletic director Mike Perrin to fly with him to Tulsa to finish off the negotiations with Gilbert, which prompted one high-level Longhorn to say, “It is humiliating but not as bad as the other alternatives.”

That speaks to Fenves’ lack of knowledge about athletics and Perrin’s first rodeo, to use a Royalism. When John Mackovic was hired as head football coach in 1992, Royal didn’t exactly endorse the move but told me, “It’s not his first rodeo.”

It is, however, for Fenves and Perrin, and they got bucked off the bull.

Now Gilbert’s in the saddle.

But his family tree is impressive. Any offensive mind who’s a friend of Art Briles is a friend of ours and high-scoring football.

A lot of coaches aren’t the first choices of the athletic directors who hired them. Texas kicked the tires on Gary Barnett before it fell in love with Mack Brown. In 1976, Royal wanted Mike Campbell, his defensive coordinator, to succeed him, but the president and chairman of the board of regents instead chose Fred Akers, and he produced a Heisman Trophy winner in Earl Campbell and took Texas to the brink of two national championships. So second choices can work.

But you have some huge pressure. Texas ranked 85th nationally with only 40 touchdowns this disappointing 5-7 season. The top three scoring offenses in the country were Baylor, Texas Tech and CFP-bound Oklahoma. All of them scored more than 70 touchdowns this fall, so you have your work cut out for you.

There are so many questions, but none is more important than the starting quarterback. That has to be priority No. 1.

You’re not blessed with a proven quarterback or reliable receivers other than John Burt. You do have a couple of explosive, power backs at your disposal and we think a growing offensive line although you’re down a couple of centers.

But we trust you have a fine offensive mind, a creative genius if you will and the support of Strong. And the administration.

It just took a while to figure all that out.

Golden: Will Texas’ threes fall against No. 3 Carolina?