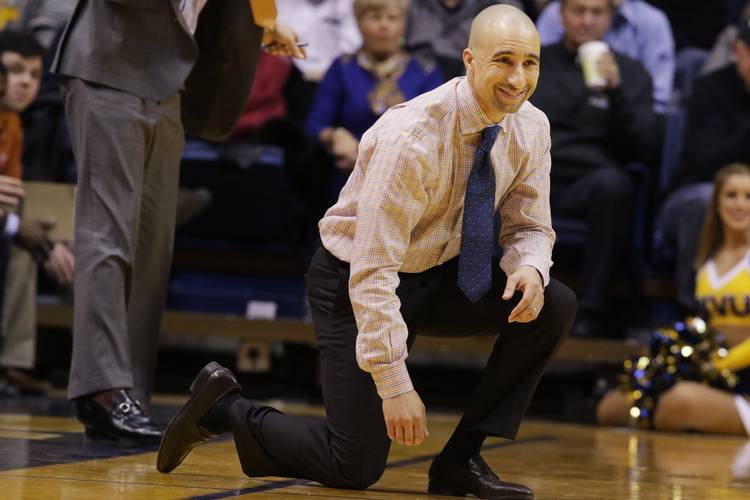 When Shaka Smart was hired last April to build upon Rick Barnes’ legacy and improve upon it, he saw all sorts of trouble signs.

For several months, pretty much all the Virginia Commonwealth coach did at Texas was listen. Listen and learn.

Texas, it seemed to him, was hung up on what-ifs and why-mes. What if Barnes and his staff had been more optimistic and encouraging? Why doesn’t he put me in at crunch time? What if the Longhorns had lived up to their big potential? Why are the coaches picking on me?

“That,” Smart recalled on Monday, “was a red flag.”

So the Longhorns’ new head coach and the team made the change from me to we. We seems to be working.

If what Smart saw was a problematic lack of accountability, he took to fixing the issue. After all, that’s one of his five core values, and we’re all about core values here in Austin.

He tells his first Texas team it’s on them. He builds them up. So much so that he brags that Prince Ibeh, the Shaq of college free-throw shooters with 14.3 percent accuracy, can make 10 in a row in practice. He tells them to play with a swagger. He draws with a black Sharpie marker a plus-sign on the back of his hand each game, an in-game reminder to be positive. He points forward, not backward.

The red flags have gone away. Maybe not entirely, but for the most part.

In their place is a disciplined, joyful, selfless team (12-7, 4-3) that has overcome a crippling injury to its best big man and that last week crept close enough that, had it finished off Kansas on the road, it would have found itself tied for first place in the cannibalistic Big 12.

“I was highly aware of that,” Smart said. “It’s a cluster at the top.”

And nobody but nobody thought Texas would be in that cluster near the Big 12’s halfway mark, especially after center Cam Ridley went down with a bum wheel. It took a minute for the Longhorns to rally after Ridley’s broken foot, which will keep him out until perhaps the end of the regular season or the Big 12 Tournament. They’re a fun, exciting team to watch.

Smart can still remember Isaiah Taylor’s reaction when Ridley was ruled out for two months.

“I remember me trying to cheer up Isaiah,” he said. “You know Isaiah. He can be dramatic. He had this look, this sentiment that this is really, really, really bad.”

It could have been, especially since Ridley’s  surgery was practically on the eve of Big 12 play. Consequently, a shell-shocked Texas dropped three of its first four games without him. But the Longhorns have quickly matured. Since starting the league with a 1-2 record that included losses to two of the worst teams (Texas Tech, which is now 2-5 in the league, and TCU, which is 1-6), Texas has won three of its last four games, upsetting No. 6 West Virginia last week and making No. 3 Kansas really sweat in Lawrence on Saturday.

With Texas sitting pretty in a tie for fifth place in the Big 12, just one game behind the four co-leaders, things are looking up for the local five. Bracketologists are already penciling in the Longhorns as a solid NCAA Tournament pick, perhaps as high as a seventh seed. And it says here Smart should be the early favorite to be named the Big 12’s coach of the year. He’s been that good. Four of Texas’ last six games are at home, where the Horns are 9-1.

So is Texas legitimately good or just overachieving with great defense, Ibeh’s shot-blocking, and excellent leadership and scoring from Taylor, Javan Felix and Connor Lammert?

“A good friend of mine said there’s no such thing as overachieving,” Smart said. “If you do the very best you can, it’s what you’re capable of doing. I told our guys we played really well for three of four (last) halves.”

The Longhorns were no offensive juggernaut against West Virginia, but they out-Mountaineered the Mountaineers with their defensive pressure and tenacity. They won without a single field goal from Taylor. And they bolted to a lightning start against Kansas and led 17-5 before withering under the Jayhawks’ second-half offensive assault against an outmanned Texas team missing Ridley and Shaq Cleare (shoulder) and getting by with a fatigued Ibeh and an undersized Tevin Mack inside.

“I told our guys after the game that nobody in the locker room should feel bummed out,” Smart said. “But you should feel angry. Sometimes a team needs to stick its chest out and say we belong here, we can do this, and we’re gonna do it, and there’s nothing you can do about it. We did that in the first half, but we needed to get a little bit tougher-minded to pull it off.”

And a little deeper, if Ridley returns. Even then, Shaka Smart is making his mark.

And not just on the back of his hand.

Golden: Texas women will soar minus the turnovers

Golden: Texas’ talented freshmen can lift Horns into the NCAAs