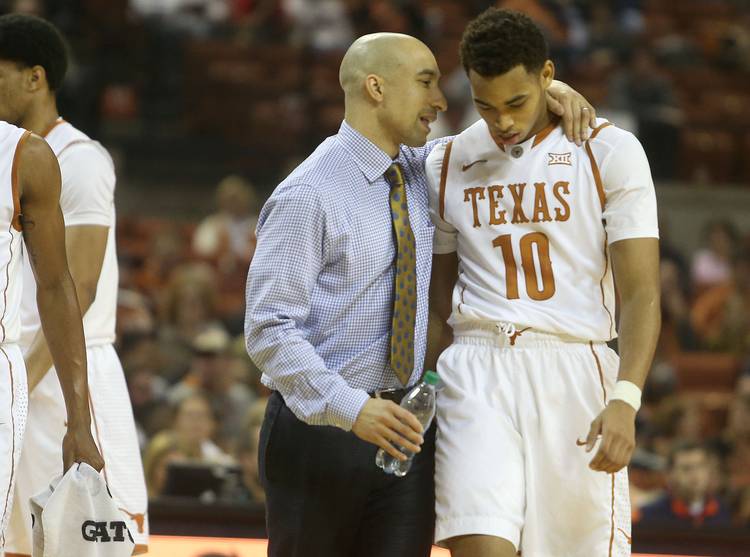 One reason I believe Shaka Smart will have his team in a Final Four within the next three years: He challenges his players to look inward, not just for physical toughness when times get rough during a basketball game, but because he wants them to explore their mental boundaries as well.

“We do challenge them on that,” Smart said. “I think it’s fascinating. Depending on the player or the team, they have the flexibility to handle a certain level of challenge. Once you get above that level, certain people can’t handle it. Your job as a coach is figure out how much can I challenge this guy or this team.”

While he isn’t happy about how Texas performed down the stretch in the 75-65 loss at Iowa State, Smart has Texas playing with great poise. At 7-5 in the highly regarded Big 12, the Bevos are right where they need to be. Smart’s staff has done a tremendous job with post Prince Ibeh — who’s actually drawing interest from NBA scouts — while his triple-headed freshman monster of Eric Davis, Kerwin Roach and Tevin Mack are stepping up at different times.

In the kid gloves dept: I really admire how Smart has handled the Demarcus Holland case. The senior guard, called one of the better leaders on the team by Smart in the preseason, has obviously fallen victim to the numbers game — having only played five minutes in the last three games — but Smart provided a subtle verbal nod of confidence to the senior saying he wants him to play more and indicating that it’s important he play with a clear head.

“He’s very committed to his teammates and wants to win,” Smart said. “He’s the most unselfish guy on our team, almost to a fault. I would say going down the stretch for us to play as well as we want to play, he’s going to need to play certainly more than he did against Iowa State. And I determine playing time, so that’s on me.”

Here’s a link to this week’s full Nuggets column.