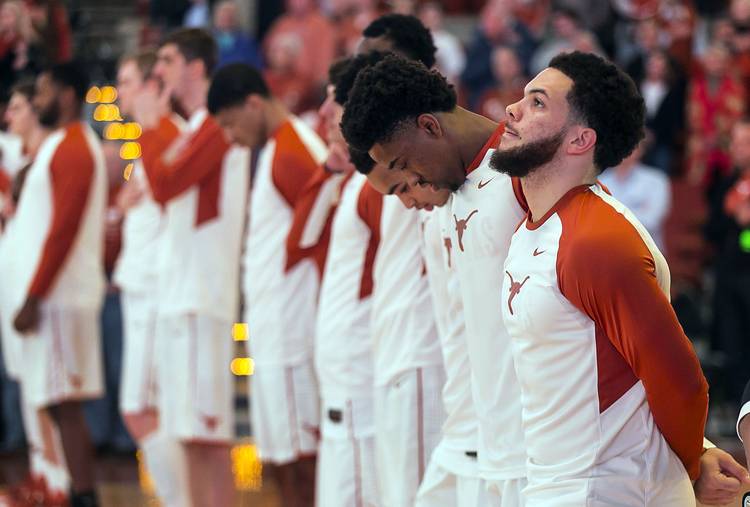 Shaka Smart knows a thing or two about motivation.

Some five years ago, his 2011 Virginia Commonwealth basketball team was stumbling through February and had dropped three of five games. The entire season seemed to be on the line.

February was ending, and Smart was toying around with ideas to move past the troubling pattern that had developed. So he showed up in the locker room with a huge desk day-time calendar. And a match.

“I mean, this thing was huge, like 2 feet-by-4 feet,” Smart recalled recently. “So I lit it on fire, and I almost burned my hand.”

Instead of incinerating the Rams’ season, they caught fire. Seeded a lowly 11th in the NCAA Tournament, they ran through every obstacle, upset five Power 5 conference teams like Georgetown and Purdue and eventually knocked off No. 1 seed Kansas in the Elite Eight to reach the Final Four for the first time in school history.

Shaka was up to his old tricks over the weekend.

Although there was nothing really gimmicky about his latest ploy dreamed up by Longhorns mind coach Denny Kuiper. No, this was about honest, old-fashioned soul-searching. And some souls may have been pierced in the process.

The Longhorns gathered in their locker room Friday afternoon, the memory of the dismal performance in a quarterfinals loss to Baylor still fresh. And Smart divided the roster into three groups of four or five with a freshman, a walk-on and an upperclassman in each pod.

He asked for each to address the issues facing a Texas team that has lost five of its last nine and been exposed by Baylor in the quarterfinals of the Big 12 Tournament in Kansas City the day before.

By the time the team meeting ended two hours later, the players’ psyches had been stripped bare. Sounded like it was more Jerry Springer than it was Charlie Rose. Feelings weren’t spared.

Were some of the players’ comments blunt?

And that’s OK because Smart didn’t want them to hold anything back. And what did he have to lose. Nothing because Smart desperately wants his team to reach its full potential. The clock is ticking. Win Friday and you may get the Aggies. Lose and it’s hello, 2017.

It was worth trying.

“I listened to all of that,” Smart said. “You can rip some scabs off and uncover some things, and it’s not like we’ve got all kinds of time to heal wounds. I just felt like the way we were playing, it needed to be said. I asked each other to call each other out, but not in generalities. In specific terms about what needed to be done. Some valuable things were said. You’ve got to own it when it matters.”

Senior guard Demarcus Holland had said he wouldn’t have been surprised if some of his teammates had gone home and cried after the gab session. It was Holland who first voiced the message in the Sprint Center locker room that their coach had basically called them hypocrites.

It wasn’t nearly as harsh as Holland portrayed in Kansas City as Smart explained an hour after Texas had been given a No. 6 seed and a worthy opponent in slow-tempo, fast-streaking Northern Iowa as a first-round draw on Friday night.

Smart put it in context Sunday. He often speaks of hypocrisy as a genetic flaw of human nature in all of us. Saying one thing and doing another. Practicing hard and not playing the same way fall in that same human condition in his way of thinking.

Smart actually did little talking himself, but “mostly encouraged the guys to put things out on the table,” he said.

“For certain people in room, it was not the most comfortable,” Smart said. “But there were some things that needed to be said. This signifies a new season. The reality is we still have to play better than we did lately.”

The discussions cleared the air. Their minds are free. They should be looser, not weighed down by outsized expectations any more. The players hope to showcase the same team that upset North Carolina, that swept West Virginia, that buried Oklahoma and knocked off Baylor and Iowa State.

So was the meeting effective?

“It matters,” Smart said, “only if you take it and go somewhere with it.”

Like, say, at least the second round in the NCAA Tournament.

Golden: Texas vs. Texas A&M on Sunday — how sweet would that be?

Bohls: Ridley eager for at least one more shining moment