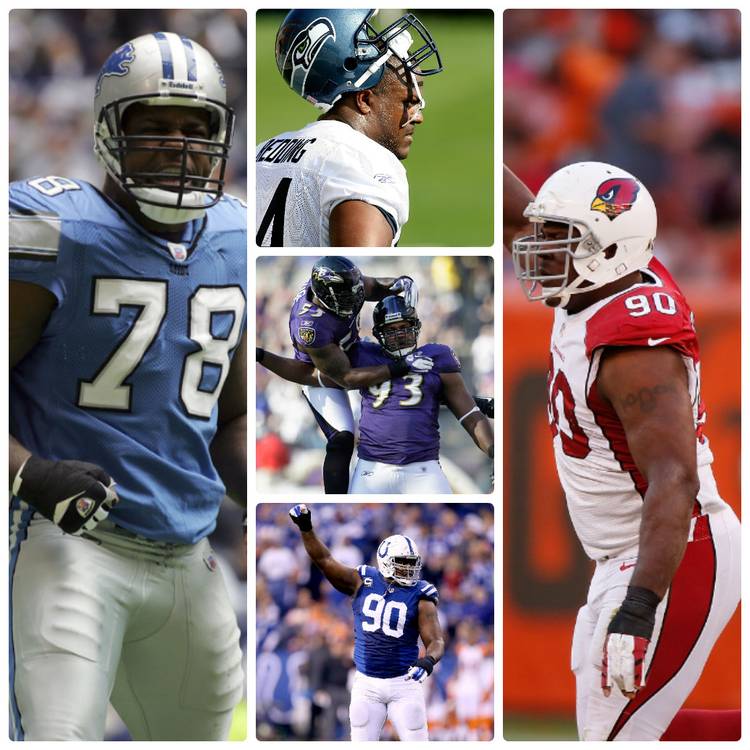 Without fail, Redding, the former Texas standout who contemplated NFL retirement throughout his 30s, returned to the game he loved.

Football has been a constant companion since his childhood in East Houston, through his college days with the Longhorns and then his 13 years in the NFL. The game not only provided him the means to support his wife and their three children, but also opened doors to help others by way of charitable works in Houston and Austin and the five NFL cities in which he played.

This past week has brought with it a change in direction for Redding, who announced his retirement at the age of 35. He lasted about 10 more seasons than the average NFL player, but a long career in a violent business can take a toll on an undersized defensive tackle who’s regularly giving up 50 pounds to the guys on the other side of the line.

“The biggest part is not mentally,” Redding said by phone on the day of his announcement. “I can mentally continue to play the game, but it’s always tough physically. The body can only go on so long no matter how well I take care of it. With all the battles in the trenches and all the ups and downs, at some point I had to open my eyes and say enough is enough.”

Still, the decision wasn’t easy. “I loved the game that I played for 23 years of my life,” he said. “I respect the heck out of it enough to know when it’s time to walk away.”

The Arizona Cardinals released Redding on the first day of offseason workouts in April, which saved the organization $3 million in salary cap space. Redding had ankle problems in 2015 and ended the year on injured reserve.

Had he not retired, Redding could have hooked on with another team. But this offseason was different. When he mentioned retirement to his wife Priscilla earlier this year, she was skeptical. “You’ve thought about it before,” she said. “Come April or May, you will be ready to hit somebody again.”

Her tone changed Wednesday morning as Redding prepared his statement.

“You’re really going to do it this time,” she said.

Redding is leaving with no regrets. He would have loved to have played in a Super Bowl — his teams went 0-3 in conference championship games — but it wasn’t in the cards.

So what are his favorite memories? It has to start with packed houses at Royal-Memorial Stadium during college. Most Texas fans will point to the 44-14 win over North Carolina his junior year, when Redding brought a crowd of 83,106 to its feet after he intercepted Ronald Curry and somersaulted over the quarterback into the end zone. That game was dedicated to teammate Cole Pittman, who had died in an automobile crash in the spring.

Redding had his moments in the pros. He scored two career touchdowns, one on a fumble recovery in a 2011 playoff game against Pittsburgh as a member of the Baltimore Ravens, and the other with Arizona last season when he returned an Aaron Rodgers fumble 30 yards. Perhaps his biggest contribution in a single season was 2012 when he emerged as an emotional leader for a young Indianapolis Colts team whose head coach Chuck Pagano was battling cancer. Indy improved from 2-14 the year before to 11-5.

There will be more memories, but they will have to come in other areas. Redding will return to Texas this fall and finish the 18 hours he needs to earn a bachelor’s degree in youth and community studies. He will continue to support the four-year-old Cory and Priscilla Redding Family Scholarship, which was borne of a $100,000 donation the couple made to the school’s College of Education, and plans to greet customers at his Redd’s Barber Shop on West Sixth St.

In addition, the Cory Redding Foundation will continue to hold its annual football camp in Houston and will come to Austin for the first time next summer.

What a great career from a good dude who has done great things in the community. Expect Redding’s transition into retirement to be a smooth one.

“There is so much in store for me,” he said. “With God’s grace and his protection with my loving family around me, this is the tip of the iceberg.”

Golden: For now, tortured hiring of David Pierce will be Mike Perrin’s legacy

Bohls: Big 12 sanctions are possible for Baylor, but will we ever get answers?