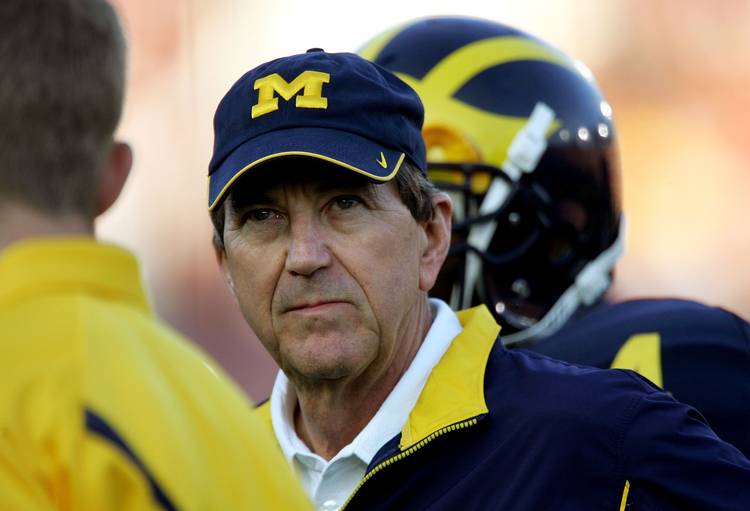 Former Michigan coach Lloyd Carr will be stepping down as a member of the College Football Playoff selection committee. (Photo by Donald Miralle/Getty Images)

There’s an opening on the College Football Playoff selection committee, alas, one that apparently will not even be filled.

Bill Hancock, executive director of the CFP, announced that former Michigan head football coach Lloyd Carr is stepping down from the committee for health reasons. His departure will leave the group with 12 members.

Carr was scheduled to start his first year on the committee, which is chaired by Texas Tech athletic director Kirby Hocutt. The decision not to replace him with still two weeks before the start of the college football season seems a dubious one because one would think there would be any number of strong candidates who could step into that void.

This is becoming more commonplace. Former USC athletic director Pat Haden stepped down at midseason from the committee last October when he was told not to travel by his doctor for medical reasons, and former Ole Miss quarterback Archie Manning also stepped down for health issues the previous year.

“This is a difficult decision because I have enjoyed my preparations, and I have the greatest respect for the other committee members and the playoff itself,” Carr said in a statement. “I regret that health issues will prevent me from executing the responsibilities expected of a committee member.”

“Lloyd will be missed,” Hancock said. “He knows and loves college football, but we all understand”

The committee will announce its first rankings on Nov. 1 and continue on four more Tuesdays before Selection Day.

Bohls: At least Texas and Texas A&M are talking to each other about playing again