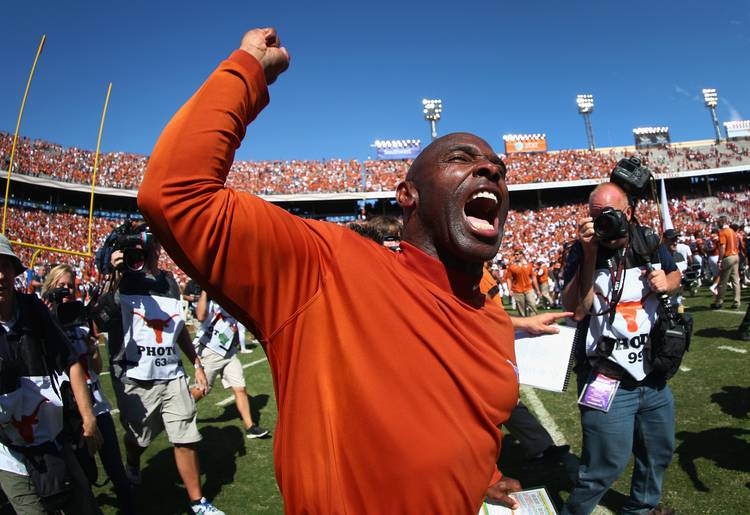 Let’s not carried away with all the talk of love and togetherness we’re hearing from the Texas Longhorns.

It’s nothing we haven’t heard before. Paul Boyette, Jr. told us about last spring how he worked the barbecue grill for teammates. Now the team game room has become a cathedral of sorts with the ping pong table serving as the unofficial team altar.

While Charlie Strong is still mum on who he will start at quarterback, we’re being inundated with stories of how the ping pong table is bring in out the real competitiveness in his young team. We’re also hearing about close-knit the 2016 Longhorns are and the leadership the head coach is seeing from his seniors, plus how this group come together in a way he hasn’t seen before in his time here.

It could be true. They may actually live to beat one another’s brains out in table tennis and for all we know, Boyette  has thrown a few slabs on the grill over the last couple of weeks. On the surface, it’s a real love-in over there.  The team is  exuding the type of chemistry that caused Einstein to do great things. Truth is, they are not unlike most other football programs out there because it’s the preseason and everyone is 0-0. If hope can’t spring eternal before September, then when can it, especially for teams like Texas that haven’t won in a while?

It’s all great in the team building/chemistry department but if the Longhorns aren’t better where it counts — on the football field — these warm fuzzies will fade into the background quicker than you can say “Touchdown Jesus.”

Speaking of the Irish, I’m on record with saying that I’m leaning toward picking the Horns to knock off 10th ranked Notre Dame in the opener and it’s not because Boo Jr. can play ping pong but because the Horns have to make a move this year and should come into the opener with every motivation to get this done.

Golden: How Charlie Strong must handle the big QB mystery

Bohls: Which position group could be the best in Texas school history?