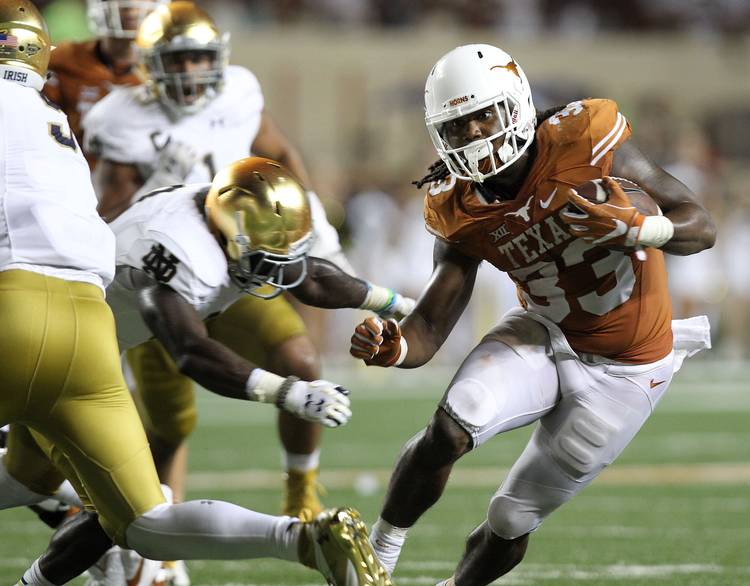 Usually it’s not this difficult to fill out my Associated Press Top 25 ballot just one week into the college football season.

But it was, in part, because six Top 25 teams fell, including three in the Top 10, thanks in part to your Texas Longhorns.

Florida State was convincing in its comeback win over Ole Miss, which jumped out to a 28-6 second-quarter lead and then never knew what hit ’em.

After that, it was a tough exercise.

As for Texas, I came close to putting the Longhorns in the Top 10, but refrained. I have no disagreement with those voters who did put Texas that high. For me, I voted the Horns No. 15 and fully expect them to rise in short order.  I have the Aggies at No. 17. They, too, could make some voters’ Top 10, and I have no beef with that either. I was impressed with both, but put slightly more stock in Texas because of the degree of opposition. I have a lot more faith in Notre Dame’s bounce-back ability than I do UCLA’s.

I kept Tennessee on my ballot, but barely at No. 25 because it looked very little like a ranked team but did find a way to win against Appalachian State.

I always keep a very fluid ballot, as instructed by the AP editors, and don’t mind wild fluctuations, especially in September. So stay tuned. Houston’s an interesting team to follow and doesn’t have a very tough schedule but they could be tested by Cincinnati, Louisville and Tulsa.