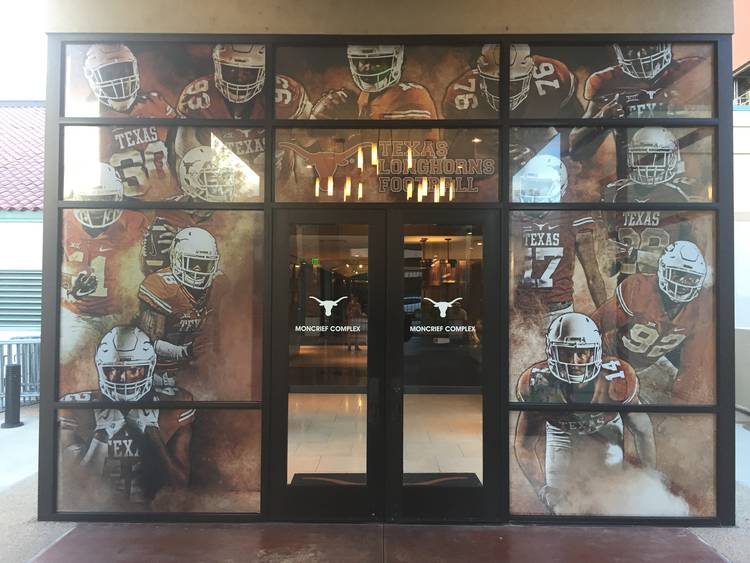 New coaches on all levels of the collegiate landscape face a vexing problem when their program reaches the tipping point.

Everybody wants to see the hot-shot recruits. Those are the ones who recruiting services fawned over. In Texas’ case, back-to-back top-10 recruiting classes were the specific reasons why UT President Gregory L. Fenves believes Strong is on the right path.

It’d be easy for Strong to overlook the 12 seniors still on his roster. Instead, Strong appears to be pulling them in closer.

If this is the team that returns Texas back to national prominence, Strong wants these dozen players to be the face of the team’s resurgence.

Granted, that’s hard when so many underclassmen play such vital roles. Fourteen freshmen have played so far, and nine sophomores are listed as starters on the depth chart.

“You have a group of seniors now that really understand what the mission is all about,” Strong said. “They’re really the ones who are really carrying the torch for us right now with their leadership and how they’re preparing the team.”

Just before the season opener against Notre Dame, workers covered the windows to the main entrance of the Moncrief-Neuhaus Athletic Center with a photo spread. Granted, it was simple and decorative. But to 12 specific Horns, it sent a striking message.

Now, anyone who walks into the football building will see tight end Caleb Bluiett and safety Dylan Haines staring back at them, along with Warrick, safety Kevin Vaccaro and quarterback Tyrone Swoopes.

“I thought it was really cool,” Swoopes said. “At first I couldn’t find myself, so I just thought they forgot about me.”

“It was cool,” Boyette said. “I appreciate how coach Strong loves his seniors and how much respect he gives us. I think the seniors have to be the face of the program and I think all 12 of us have bought into this program. He’s just molding us to be mature young men.”

For all the hype on freshman quarterback Shane Buechele and sophomore linebacker Malik Jefferson, which has been deserved, the old guard has helped Texas start the year 2-0, too.

Swoopes scored the winning touchdown in double overtime against the Irish. With an NFL body, Perkins is a starter at right guard; Bluiett and Haines start, too. Warrick has a team-leading nine catches. Boyette and Evans are defensive starters. Vaccaro already has two sacks. And don’t forget about kicker Trent Domingue, a graduate transfer who is 3 for 3 thus far on field goals.

The seniors usually sit on the front row during team meetings. In previous years, when Jordan Hicks and Quandre Diggs talked about “doing things the right way,” the underclassmen were supposed to watch and learn.

Strong admitted he wants the seniors to be his spokesman at times. “I meet with them on Thursdays, deliver the message to them, they deliver it to the team,” the coach said.

These seniors should be the ones who hold teammates accountable this weekend on a long West Coast road trip. Texas was 1-4 in true road games last season, including blowout losses at TCU and Iowa State.

There’s plenty of time left for Strong’s freshmen and sophomores to leave their mark. The coach would prefer if the graybeards leave one, too.

“They’re talented, but at the same time, they’re young,” Warrick said of the underclassmen. “They’re 18 or 19 years old. So you have to lead the right way. Once they come into their own, not only are they a great football player, but they’re doing things the right way.”

Golden: Stars of Texas’ yesterday are embracing the Longhorns of today

Bohls: Cal’s Davis Webb was the biggest Longhorns fan, until …