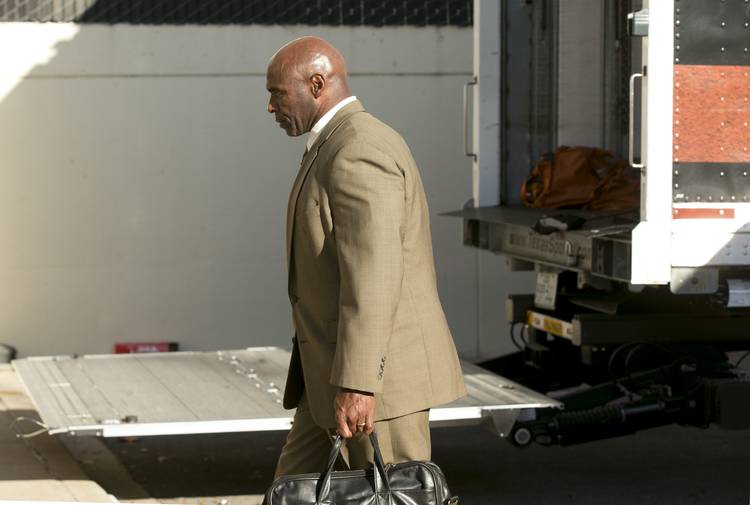 Charlie Strong is out as head football coach after losing to Kansas.

Charlie Strong is back as head football coach if he beats TCU.

Asked what the chances are that school president Gregory L. Fenves could change his mind and bring Strong back for a fourth year, a high-ranking Texas official said Monday afternoon, “I want to say zero. Maybe 1/10th of 1 percent?”

What is clear is that Texas has totally botched the situation. It’s getting to be as bad at firing coaches as it is at hiring them. Mack Brown’s departure was just as messy a soap opera before he was pushed out three years ago as Strong’s exit is this time. It took an entire week to fire Brown, and the president at the time had to be ordered to make the change.

When it comes to handling coaching changes, Texas is becoming the Kansas of the college football world. Well, that would be Kansas pre-Saturday. After that stinker in Lawrence, Texas slipped below Kansas as the school wallows in indecisiveness and goes out of its way to cement its role as a national laughing stock.

Strong was still on the job Monday, and a school spokesman said Fenves would have no comment, adding, ”It’s business as usual.”

[brightcove_video video_id=”5219359314001″ caption=”Amid speculation that he will be fired, Texas head coach Charlie Strong announced at a news conference on Monday, Nov. 21, 2016, that his position will be evaluated after the Longhorn’s last game of the season against TCU.”]

Yes, unfortunately. Texas has totally lost control of the message and has made Strong out to be a totally sympathetic figure. It may have been the upset of the season. What 16-20 record?

Texas did make the choice to fire Strong after the inexcusable loss to Kansas, which the American-Statesman reported on Sunday, but for some strange reason, Fenves has chosen not to make any public announcement until after Friday’s game against the equally bad Horned Frogs.

By doing so, Texas either did a disgraceful disservice to Strong by delaying any decision on his future until after the game or it gave him a break by allowing him to marshal his forces and the players’ mass embrace for a mighty show of support at Bellmont Hall on Monday and make a case for his return. But if they love him so much, why don’t they play harder for him?

So is Strong dangling in the wind, in limbo until Fenves pulls the trigger and fires him? Or has Strong been given a second chance — after losing to the worst football program in America — to dissuade the Texas administration from making a change?

Consider the possible visual on Friday.

Strong receives an outpouring of love from his players on Senior Day. TCU is not very good. Texas wins impressively or in the waning moments, and Strong gets carried off the field in victory. We saw that show against Notre Dame, remember, and it was emotionally dramatic. Fenves gets carried away in the moment and says Charlie will be back in 2017.

One source who’s a big benefactor said athletic director Mike Perrin was instructed by Fenves to tell Strong after the Kansas loss that the TCU game would be his last. Then, Strong was offered the chance to leave immediately or stay on to coach the final game. Fenves clearly thought this was the decent thing to do to a very decent and beloved man, but didn’t realize Texas would be subjected to national ridicule for a week in the meantime.

Yes, Kirk Herbstreit, we have seen the cesspool, and it is here. The mess starts in Fenves’ office.

For his part, Strong made an impassioned appeal to return. He was masterful on Monday in his best press conference since he arrived. He spoke from the heart. He made eye contact with his questioners. He championed his players — yes, the same ones that are 16-20 over three seasons and 5-6 this year in the worst Power 5 conference — and he put pressure either on himself or his successor by saying he believes the Longhorns will win a national championship soon and at least 10 games next season.

Make no mistake about it. Texas always wants to change the world, but it desperately needs to change itself first and hire a full-time athletic director. Let there be little doubt that the school is No. 1 in the country in total athletic department dysfunction. Texas puts the fun in dysfunction.

It fired an athletic director after just 22 months. It took a full month to hire a baseball coach when other more qualified candidates wanted the job but weren’t contacted until too late. It hired an interim athletic director with zero experience in the field and even less presence, and has kept him on the job well over a year. Perrin’s never had one press conference (aside from the baseball hiring) and rarely ever grants interviews. Texas completely botched a Big 12 expansion movement by letting a brazen Oklahoma president run roughshod over the conference. Need I go on?

Monday was equal parts funeral and celebration. The players who showed up in support lovingly embraced their coach. Some were openly distraught, like senior defensive tackle Paul Boyette Jr., who cried throughout his time with the media.

The players sure behaved as if they knew their coach was done. And he probably is.

But at Texas, you never know.

Bohls: Tom Herman coming on, but is he coming to Austin?