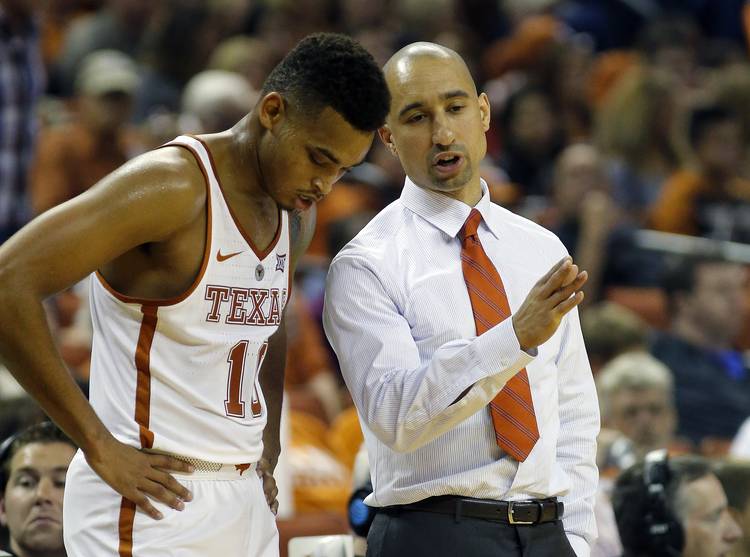 With the clock ticking down on Texas’ first home loss of the season Tuesday night, it became readily apparent to the small crowd on hand that the Longhorns were missing just one valuable piece of the puzzle.

A Texas team that said goodbye to all five starters looked a whole lot like just that when a solid, veteran Texas-Arlington team took the Longhorns apart 72-61 at the Erwin Center, revealing some glaring errors that are obvious for all to see:

The lack of a creative, confident point guard to get open shots for his teammates.

Atrocious perimeter shooting from behind the line.

Very little experience inside and an inability to feed the ball there.

Nothing of substance from the few older players outside of guards Kerwin Roach and Tevin Mack.

And the reaction from Tuesday’s loss?

“Everybody’s mad,” said Roach, a sophomore guard and one of the few Longhorns who played well. “A lot of things are not going our way. We’re a young team. We’re not going to be great in one day.”

Where have we heard that before? It’s a recurring theme around these parts. We’ll gladly settle for being great in a month, especially with four newcomers and a fifth on the way in the rehabbing Mareik Isom. Heck, we’ll settle for good. But the concerns are real for a team that’s not playing an overly taxing non-conference schedule, including Alabama here on Friday.

Those growing pains are looking more like groaning pains as Texas (3-3) continues to struggle with forming an identity it can build around. For now, this is not a very good basketball team.

But Tuesday’s game was in November. And Texas does have athletes. And a very good coach. And the Longhorns will get better.

However, is it remotely close to defining a reliable identity?

“No, no,” second-year head coach Shaka Smart said. “That’s something as a coach you can kind of hammer guys over the head with. Some guys on the team are playing with a level of tension or playing not to make a mistake.”

For now, a Texas club that has lost three straight in embarrassing fashion, two of them in New York City, appears to be facing an uphill climb to respectability. Smart continues to keep a stiff upper lip, the same one he may be biting to hold back for fear of being overly critical and paralyzing a roster chock full of impressionable freshmen.

“I’d say our identity should be defense, being aggressive, an offense playing through Jarrett (Allen) and Shaq (Cleare),” Roach said.

The defense has been lacking. Four of Texas’ guards are shooting .250 percent or worse from behind the line, including Roach (two of 12), Eric Davis Jr. (six of 36) and Jacob Young (four of 20). They had nine turnovers in the second half alone Tuesday. Other than a terrific Allen, the Texas bigs are offensively challenged. The foul-prone Cleare averages 4.8 points a game and James Banks just 2.4.

Was Smart stunned by the lethargic, inconsistent performance that produced the school’s first loss to UTA in school history after 11 consecutive victories in the series?

Texas is getting erratic play out of his older players. Kendal Yancy and Davis, two players who were on the floor a lot last season, were no-shows against UTA. The same goes for Cleare. Those three started but combined for two points and hit one of 11 shots with Davis going 0-for-6 from long range.

“I honestly don’t know why (Davis is struggling),” Roach said. “In practice he’s a killer, knocks down shots.”

In the final three-plus minutes of crunch time, Smart had as many as three freshmen on the floor. And he may ride with those newcomers more frequently — namely Allen, athletic Andrew Jones and Young, who has yet to show he’s the pure shooter that was expected.

There’s nothing to say Smart can’t be harder on his rookies.

Did you hear Tom Izzo’s tough-love message on Tuesday night? He’s got six freshmen and three sophomores on his roster.

“I know they’re freshmen, but they’ve played a lot of minutes,” the Michigan State coach said after his Spartans fell to a ranked team for the fourth time this season. “It’s time to stop making excuses.”

“They’re going to be really good by the time they get into conference,” Cross said. “Coach Smart is one of the best at rallying his team together and getting everybody on the same page. Once they find their rhythm and identity, they’ll give teams a lot of problems.”

As for now, Texas is the one with a lot of problems.

Herman on Tom Herman: Maybe this new guy will have a sense of humor when faced with adversity?

Our Take: Bohls, Golden weigh in on the good, bad and ugly that was 2016 Texas