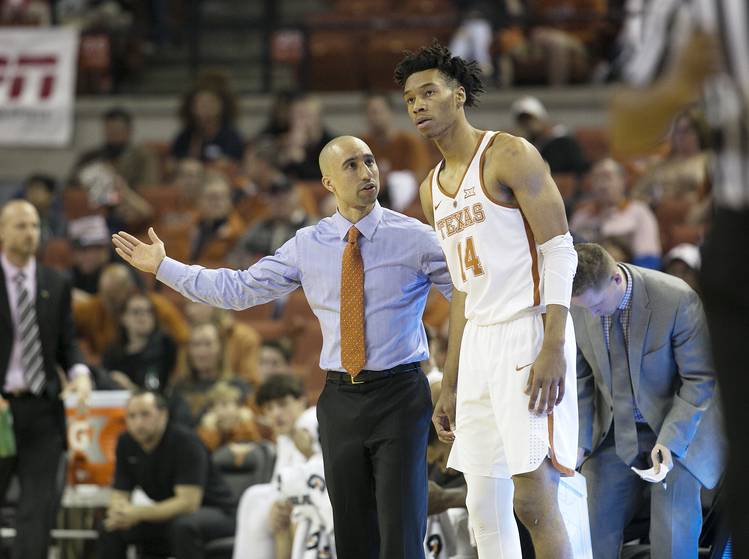 The real Austin. The one that likes to keep it so weird, it prints T-shirts to declare it to the outside world. If the recent trends of failure persist, they might have to start issuing garments that say, “Keep losing.”

The second-year head basketball coach at Texas is finding out that winning is not automatic here and that losing can be habit-forming. Just look at the football and baseball programs. No winning seasons, no bowl games, no NCAA Tournaments, no nothing.

When someone asked Smart if Texas, after losing to Baylor in Saturday’s regular-season finale, would approach the Big 12 Tournament with a nothing-to-lose attitude, the coach adroitly said, “That’s a tough one at Texas. I don’t know if that works.”

Not really a philosophy he wants to embrace. He’s learned that much.

This disastrous 10-21 season might have come as a shock to Smart, but perhaps no more than his immersion in a different culture with different expectations where a football coach gets fired after three years and the winningest coach in baseball history gets canned as well. Throw in some vitriolic backlash over Smart’s regurgitation of his players’ anti-Trump comments along with a last-place finish in the Big 12, and you’re left not with Havoc, but just good, old-fashioned chaos.

And anger. Lots of anger.

It’s clear the honeymoon’s over after two seasons, and Smart might not be able to stay wedded to a particular style of basketball, whatever that style is. His more ambiguous approach certainly isn’t Havoc West because Longhorn fans have rarely seen a flash of that breakneck, pressing system that made Smart an ascending star. All wonder what true identity he’s trying to shape.

He’s recruiting different players from the ones he sought at Virginia Commonwealth, going into living rooms of five-star players and McDonald’s All-Americans. He’s coaching in a conference that will eat you alive if you’re not mentally tough and maybe even if you are. He’s working in a win-now atmosphere at brand name U instead of at a mom-and-pop operation by comparison, or, as one pundit put it, “He is freaking McDonald’s where he had been P. Terry’s at VCU, and that’s kicking his butt.”

Shaka Smart dismisses any such talk, says he’s happy here and committed to winning, but he is out of his comfort zone.

That doesn’t mean he can’t create his own comfort zone right here in the 512 because he’s a cerebral kind of guy. And he’s smart enough to know his program is broken right now and he has to examine every aspect.

“They have better parts than they have a whole,” Longhorn basketball analyst Lance Blanks said, “Shaka has to become more of himself. I don’t think he is totally comfortable. Part of that is this season. But I absolutely think Shaka Smart is the right guy for the job.”

Smart will have the benefit of what 247 Sports rates the seventh-best recruiting class in the nation with four four-star additions, including point guard Matt Coleman, but next season might hinge disproportionately on Coleman’s maturity and forward Jarrett Allen’s NBA decision. But Texas’ problems go deeper because it lacks reliable perimeter scoring, consistently tenacious defense and mental toughness.

No one’s sure if Allen is coming back to Texas, but Smart is returning.

“It’s no secret that I think very highly of Shaka Smart, as a man, a coach and developer of young men,” Texas athletic director Mike Perrin said Saturday. “I know he’s more disappointed than anyone in our win-loss record this year. I do believe in Coach Smart, and know he’s the man for the job. He’s in the process of building a winning program in many ways, and I firmly believe it will happen on the court, too. He has our full support in getting this turned around.”

Asked if he’ll look back in the future and see this year as an anomaly, Smart said: “It’d better be an anomaly. I’m really confident we’re going to be able to take a big step.”

Believe it or not, I’m confident, too. Not runaway confident, but secure enough to predict Smart will have Texas in next year’s NCAA Tournament.

The forced exits of Charlie Strong and Augie Garrido might have shaken him a bit and gotten him off his game. The stunning loss to Northern Iowa on a half-court prayer robbed him of any early momentum in 2016, and the lack of a proven point guard retarded the development of a team with a lot of decent to good parts but one that was flawed from Day One.

As Baylor coach Scott Drew said, “Eighteen is 18. Twenty-two is 22. They’re young. It’s tough when you have first-year players in the toughest conference in America.”

Smart’s not that young, but he might be learning on the job. And getting more comfortable.

Golden: For Oscar Giles, coaching at Texas is just like coming home — because it is