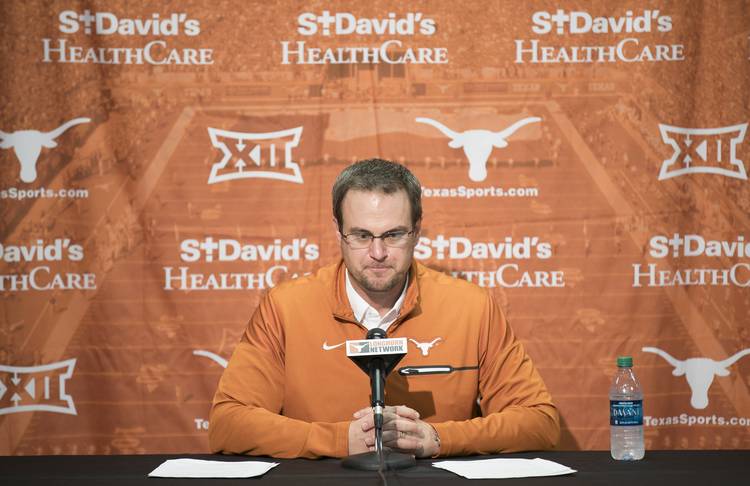 But not at Texas.

When the Jenks tight end got caught with 20 Xanax pills and $1,300 in cash and, according to the arrest affidavit, admitted to selling drugs, he would have forfeited any chance to play for me had I been the University of Texas’ head coach, athletic director or president. He would have had to re-enter the recruiting game and convince some other football program to take him on.

Luckily for Leitao, Texas coach Tom Herman is taking a different approach, a risky one at that.

Longhorn Nation is split on whether the 2017 Longhorns signee should be allowed to be a part of the program, and it’s understandable. Where do you draw the line? Was this simply a case of a young man making one mistake or was this merely the first time he was caught?

“All indications are that he’s a young man with a history of good character and behavior who made a poor decision,” Perrin said in a statement. “I recently met with Reese and his parents and found him to be contrite, sincere and accountable for his actions. He has taken ownership of his mistake and the consequences that come with it.”

This would never have happened under Charlie Strong’s watch because Strong’s stance against drugs was well documented. Leitao would have gotten the gate without a second thought.

Guess what else didn’t happen under Strong? Wins. And that’s part of the reason Herman is taking this gamble. He’s here to win games first and influence people second. Don’t get it twisted. When Strong got hired, I said on more than one occasion: If he loses, he will be that real nice man who used to coach at Texas.

Strong parted ways with players who weren’t able to follow his rules for one reason or another, but wasn’t able to get enough victories with a locker room full of solid citizens to keep his job.

Herman has brought a new excitement to the program even if some fans aren’t on board with this move.

“We knew it was a new era when we started taking drug dealers,” one fan commented on our Facebook page Wednesday.

Someone with Leitao’s baggage would never have made it to Austin over the last three seasons once the news of his arrest became public record, but this is a new Texas regime and Herman is risking his reputation on a position that hasn’t been a reliable part of any UT offense since Jermichael Finley left town.

Hopefully the kid has realized the error of his ways. This is a tremendous opportunity, one that would not have been afforded to others his age who have committed similar offenses.