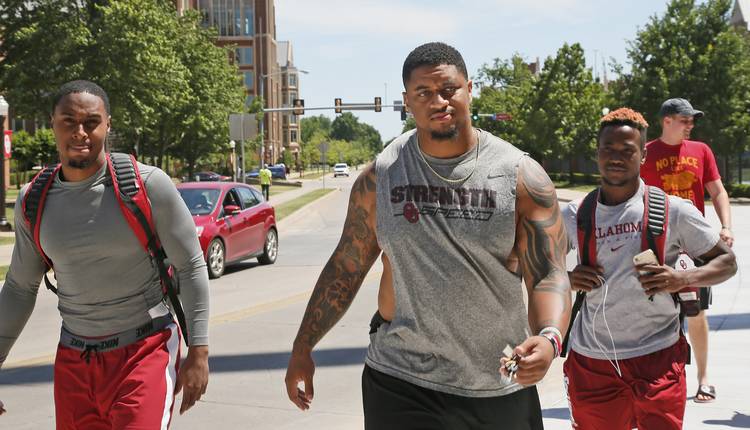 Bob Stoops stunned the sports world on a lazy June afternoon when he stepped down by his own choice as the most successful Oklahoma head football coach in history.

Despite some serious misgivings about his decisions to keep troubled players like Joe Mixon on his roster, Stoops is a coach I’ve long admired and respected. He’s always been consistent. He’s old-school. He isn’t weak. He’s a man’s man. He’d have your back in an alley.

He leaves quite a void and has a lot left, considering he was retweeting recruits just three days ago. Here are the winners and losers. It’s a very short list of winners.

And the Longhorns haven’t won much lately. With Stoops out and a young, unproven Lincoln Riley in, Texas stands a more reasonable chance of getting to the top of the Big 12 pecking order. Of course, Stoops was young and unproven when he arrived in Norman as a first-time head coach at 38, but not as young or unproven as the untested, 33-year-old Riley, who gets a promotion to one of the 10 best jobs in college football under immense pressure.

Stoops leaves as the biggest winner in school history. Riley may be the best thing since GPS, but there’s no guarantee he’ll find his way and win as much as his predecessor. Will OU still be OU? There’s as good a chance Lincoln could be John Blake as much as Barry Switzer.

RELATED: Golden: Bob Stoops’ departure is a blow for OU, the Big 12 and college football

A league that already has the worst public perception this side of Kathy Griffin suffers considerably when its best coach in its No. 1 sport leaves. Without Stoops, the top five coaches that do the most for the Big 12’s credibility, in order, are Kansas’ Bill Self, Kansas State’s Bill Snyder, TCU’s Gary Patterson, Baylor’s Kim Mulkey and Oklahoma State’s Mike Gundy.

You don’t just replace the third winningest active coach who has 190 victories and trails only Nick Saban and Snyder. OU had better pray its lineage of great coaches like Switzer and Bud Wilkinson continues because it slipped before and could again.

Oh and one last winner — if his mysterious retirement holds.

That’d be Stoops, who went out on his own terms unlike Mack Brown, Bobby Bowden and others who were pushed out. Stoops can now follow his son’s final high school season and college careers. The hunch is he’ll coach again, maybe at Florida or in the NFL. And win again.

Golden: Bob Stoops’ departure is a blow for OU, the Big 12 and college football