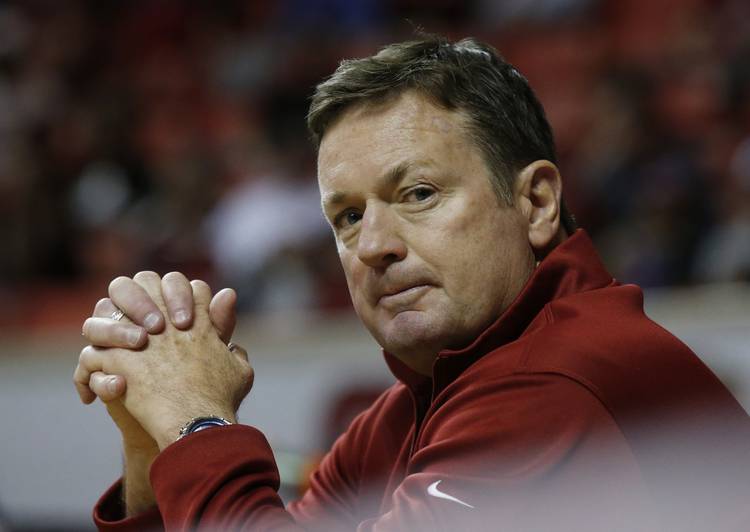 Bob Stoops will coach again, no doubt about it.

He insists his stepping down at Oklahoma had nothing to do with his health.

Plus he never used the word “retirement” in his statement released by the university.

The real reason wasn’t evident Wednesday, but it will eventually come out. Hopefully we’re just talking about a Vermeilian case of burnout, which means we’ll see him again in a season or two.

As the 56-year-old moves on to other avenues in life — perhaps a studio analyst’s role on Saturdays in your living room — the Big 12 is left without the coaching face of this conference for nearly two decades.

This conference will never be the same.

The state of Oklahoma will never be the same.

And while we’re at it, college football will never be the same — until he comes back.

The news sent shockwaves through the college football world on Wednesday and changed the face of the Big 12 forever. Big Game Bob was usually at his biggest and best against the teams he was brought in to Norman to beat.

RELATED: Bohls: Who are the winners and losers from Bob Stoops’ retirement?

Just ask Texas. After losing 38-28 in his first game against Mack Brown in 1999, Stoops ushered in the five-year Great Depression in Austin with a handful of wins over really good Longhorns teams by an average score of 37-10. Included in the onslaught were a pair of 60-point performances and a shutout that preceded Vince Young’s historic 30-2 run. Stoops topped Mack head-to-head 9-6 and in career conference titles 10-2.

Stoops’ mug should have been taped up on every post office wall in Texas, including one on the biggest tree in Mack’s front yard. Stoops owned the Big 12 with a sick .806 winning percentage — that’s a 121-29 record if you’re scoring at home — and coached the Sooners to 18 consecutive bowl appearances. Only two active coaches have won more games (Alabama’s Nick Saban and Kansas State’s Bill Snyder).

And you had to love Stoops for not holding back when asked about about the dominance of the SEC. Sure he took some lumps by losing title games to LSU and Florida, but he also took out Saban in the 2013 Sugar Bowl.

“The quality of teams he has been able to field on a consistent basis is second to none,” Saban said in a statement. “We wish him well in whatever he chooses to do in the future.”

So there’s a spot in the big seat entering the first Big 12 season in three years where neither Art Briles nor Bob Stoops is coaching in this league.

Golden: With an NBA title, Kevin Durant will move up the Longhorns hierarchy of greats