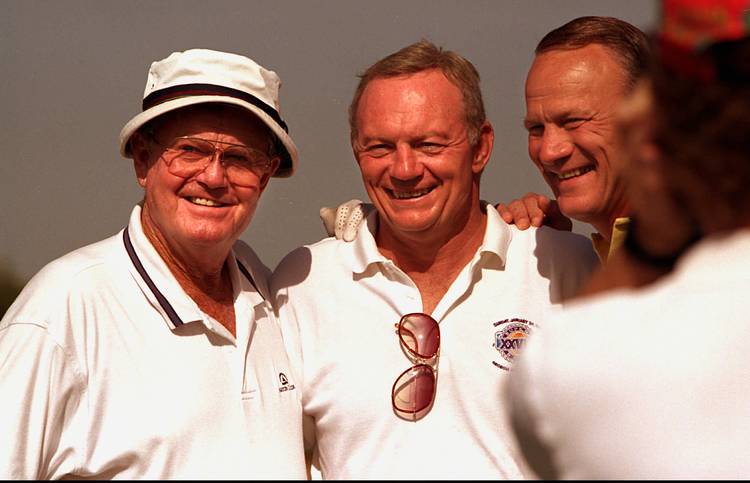 Five years ago, Texas Athletic Director DeLoss Dodds announced that he was embarking upon a nationwide search for a new football coach.

The search stretched all the way to Lubbock.

The nation’s borders probably will be expanded well beyond the Red and Sabine rivers when Dodds begins his hunt for a successor to former Longhorns Coach David McWilliams, who resigned under pressure Monday.

McWilliams, hired out of Texas Tech after a one-year stay in Lubbock, was eased out in large part because his resume was too short. Consequently, Dodds’ search will focus on a proven winner.

Texas certainly will insist upon a head coach with high ethics and low negatives, but the won-lost record should carry more weight than any other factor.

“We want to find the best coach we can and someone who fits this program, ” Dodds said. “We’d like to find a head coach at a Division I-A institution, who has experience and the capability of grabbing the program and taking it to the level we want to be at.”

Dodds said he already has a mental list of about 15 likely candidates, a list that he said he easily could pare down to four or five.

Dodds said a salary ceiling has not been set, adding that “we’ll be very, very competitive.” Dodds estimated that McWilliams’ salary totaled $300,000, including a base of $110,000 and a $6,000 annual expense account.

Erickson, the highly successful coach at Miami, probably tops the list, although Dodds said he will seek permission from athletic directors before conducting interviews. Miami Athletic Director Dave Maggard said Monday he has not heard from Dodds.

“It’s been some time ago, ” said Maggard, when asked the last time he and Dodds had talked. “But Dennis indicated to me a week ago he very much wanted to stay here. I wouldn’t discuss any of his contractual situation.”

Erickson, who has only four seniors on this year’s undefeated team, actually could be a poor long-term choice because he is considered to be on a ladder to the pros. One source said he turned down the New England Patriots job last year and the Indianapolis Colts’ job this year.

None of the athletic directors of some other potential candidates returned phone calls Monday.

Danny Sheridan, CNN sports analyst, mentioned three strong possibilities he would recommend for the position. They are Mike Gottfried, an ESPN sports commentator and formerly coach at Pittsburgh and Kansas; Ray Perkins, former NFL coach with the New York Giants and most recently Tampa Bay and one-time coach at Alabama; and Louisville’s Howard Schnellenberger, who made the Miami program what it is today.

“If you offered Texas as a plum to Gottfried or Perkins, they’d dominate the Southwest Conference better than Jackie Sherrill did at A&M, ” Sheridan said. “Schnellenberger would be a good choice. Texas is a very prestigious school, but I think they’re very narrow-minded. I guarantee they won’t consider those three coaches.”

More likely candidates would be North Carolina State’s Dick Sheridan, whose low-key, heavy-on-academics style will make him a legitimate candidate as he might have been five years ago if Texas wasn’t bent on hiring within the family; Georgia Tech’s Bobby Ross and Illinois’ John Mackovic. Mackovic and Indiana’s Bill Mallory, who has been mentioned as a possible successor to Lou Holtz if he leaves Notre Dame for the Minnesota Vikings, are both interested in the vacant Arizona State position.

Terry Donahue of UCLA has proven he is among the best talent scouts in America and has won – but not big – despite raised academic standards at a school that does not accept Proposition 48 recruits.

Stanford’s Dennis Green could step into the fore, but he might be headed to the San Diego Chargers. California’s Bruce Snyder is also on the rise, but he is considered a West Coast guy, having been at Utah State and with the Los Angeles Rams.

If you want a long shot, take East Carolina’s Bill Lewis, except for the fact he was once fired at Wyoming. Lewis’ Pirates are 10-1 and ranked 12th, best in school history.

Alan Lowry, the former Longhorns quarterback and secondary coach, who now coaches the special teams for Tampa Bay, would throw his name into the hat. “Yeah, I’d be interested, ” Lowry said Monday. “I love the University of Texas.”

Want to dream? Try on Holtz for size, although his ego probably would fit at Texas. That or his $1 million salary, counting endorsements and speeches. Iowa’s Hayden Fry is an outstanding coach – and a native Texan, to boot – but he hardly bleeds orange.

Anything’s possible and anybody – except one. Don’t bank on Bill Snyder despite a great season . . . at Kansas State. That, of course, is Dodds’ alma mater.

FROM THE ARCHIVES (Dec. 3, 1991): KELSO: Big Steve would light a fire under the lollygagging Horns