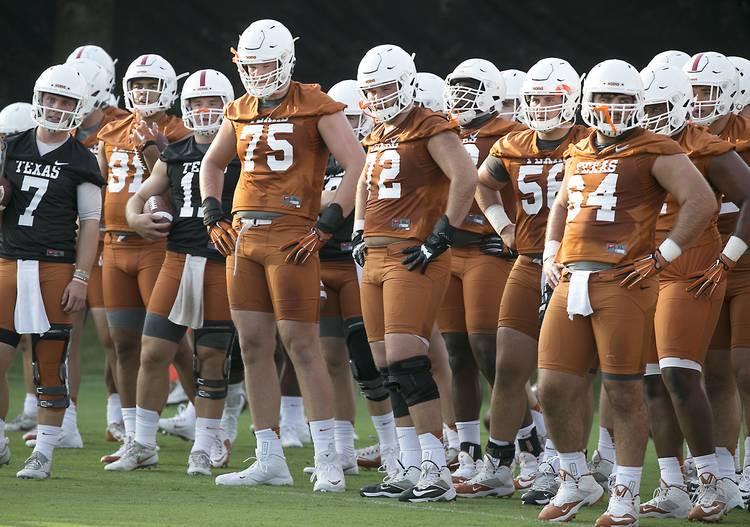 The Longhorns had the SEC in the palm of their hands. Or an invite, anyway.

At a time in the Big 12’s checkered 21-year history when three new head football coaches will be patrolling the sidelines this fall, Bob Stoops no longer works here and the league has spurned realignment to face an uncertain future, it’s fitting to take a peek backward when Texas just might have hooked up with the SEC.

The recent death of Frank Broyles triggered memories of the Razorbacks’ departure from the Southwest Conference in 1991. Arkansas was the bait, something to lure Texas and Texas A&M into the greatest collection of athletic programs this side of the Big Ten.

First, because it believed the SEC cheats and has long before Hugh Freeze showed up at the Grove. Trouble with that theory is everyone cheats, to a certain degree. Didn’t you hear about the $100 handshakes that Chris Simms got when he was on campus? Every school cheats. It’s just a matter of degree, whether it’s Benjamin handshakes, free milk shakes or shiny cars. The SWC hardly cornered the market on morality because most of its teams were on probation at one time.

Second, because the SEC was beneath Texas and the SWC/Big 12, academically speaking. Well, maybe then. But certainly not any longer. Before the mass exodus from the Big 12, the SEC could boast only two Association of American Universities — the prestigious group of 60 premier research institutions in this land and two in Canada— with Florida and Vanderbilt.

But when Texas A&M and Missouri bolted for the SEC and took with them two AAU schools, and then when Nebraska and Colorado left for the Big Ten and Pac-12, the Big 12 found itself further diluted. It now has just three AAU schools in Texas, Kansas and Iowa State. (Nebraska has since lost its AAU standing.) Now the SEC is the superior academic league with four such schools. So much for that excuse. The Big Ten, by the way, has 13.

And third, because the bulk of Texas’ coaches opposed such a move. Yeah, they were scared. Probably with good reason. Only Tom Penders supported the move, if I recall.

But it would have been a great fit with other large flagship schools — deep South traditions, huge crowds and the lack of strong professional teams in the major sports. Selling tickets wouldn’t be a challenge with such elite programs. Know that Texas’ season ticket sales dipped by several thousand this offseason. SEC schools most recently made $40.4 million apiece while Big 12 schools cash checks of $34.8 million each.

Former Texas athletic director DeLoss Dodds told me and John Maher back in 1991 for our book “Bleeding Orange” that “I’m sure (the SEC) would rather have a Texas and an A&M than an Arkansas. I’m not sure it turned out like the SEC wanted. Arkansas is a good deal for them, but I’m sure they much preferred ending up with Texas and A&M and Florida State.”

Texas finds itself in a conference doomed to failure because the Big 12 has just three national brands.

Kansas basketball (and basketball never moves the needle when it comes to realignment).

And Texas football, which hasn’t been all that healthy of late.

Despite popular myth, the SEC doesn’t have a bylaw in which a member can block another school from its same state from joining; three-fourths of the membership must approve an invitation.

Again, Texas didn’t and doesn’t want to be in the SEC. But it should. And it’s probably irrevocably too late because the SEC now sits 14-members strong and doesn’t really need to grow.

It’s a moot point now unless Texas became very progressive and forward-thinking and reached out to the SEC. Even then, the SEC hardly needs another heavyweight, but some of us can dream.

Golden: The return of the Big 12 title game is as much about money as it is prestige, CFP