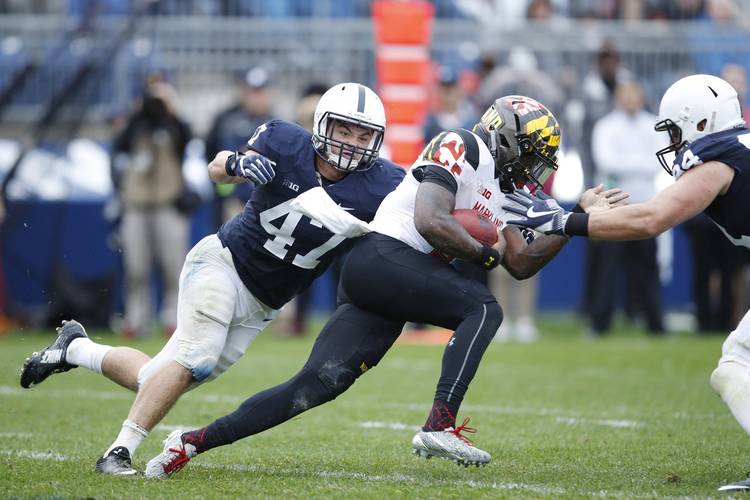 If you’ve been around Austin long enough, you might recall a popular American-Statesman feature called Bucking The Line.

It was a weekly column I wrote from the mid-1980s to the early 90s, offering college football picks against the point spread. Most seasons, the selections were quite good. The mail and phone calls were voluminous (this was pre-Internet).

A lot of folks who didn’t gamble enjoyed it because the opinions were straight from the hip, even if Bucking’s brash style ruffled a few feathers along the way (see University of Texas).

Good news: Bucking is back. With a fun new twist.

I will have an imaginary $1,000 bankroll and try like crazy to make it grow, with best bets on everything from the SEC to the MAC. And, yes, the Longhorns. We’ll keep a weekly scorecard both of our record but, more importantly, the bankroll number.

With any luck, our fictional fund will improve at a better rate than the robust Dow Jones and Nasdaq. More realistically, the bankroll will shrink. Hopefully we won’t tap out by the start of Big 12 play.

There’s a reason Las Vegas sports books make money hand-over-fist. Long-term, about 95 percent of sports bettors lose. And usually big. The other 5 percent? The elite class of professional bettors who are good enough to make a living at it — yes, they exist — and a highly disciplined group who wager only when conditions are right, not as a weekly habit.

We’re going to have some fun with this and not pretend to follow all the money-management guidelines. Yet we do want to show a profit, so there will be no stupid $100 wagers on a $1,000 bankroll. It’s rarely wise to invest anything more than 1 or 2 percent of bankroll on a selection.

No big, splashy 1,000-star Guaranteed Locks of the Century from this corner.

Since Bucking is just a bit rusty after 20-plus years on the sideline, cautious is the word of the day for this Labor Day opening weekend, and there wasn’t anything worth biting on in the Big 12, where there is no line on six games against I-AA teams.

Again, a reminder that this is for entertainment purposes only. Bucking will throw a lot of trends and historical ‘capping numbers your way.

Every week we’ll offer an opinion on the Texas game. Most of the time, like this week, it will not be a best bet.

Texas opened as a 15½-point favorite and, predictably because of the excitement over Tom Herman’s debut, the line has been bloated to 18½. So a team coming off three straight losing seasons is nearly a three-touchdown favorite over a Big Ten team that played in a bowl game last year. There is no value in taking Texas.

On the flip side, the Terps are a mediocre Big Ten team and their quarterback, unlike many in the Big 12, cannot hurt the Horns through the air. Maryland is 0-5 against the spread in its last five road trips. We’re not crazy about the Terps.

This looks like a 31-14 type game, meaning a slight lean toward taking the points. If anything, the under on the over/under total of 56 has some appeal.

With that, let’s get this kickoff party started.

I’ve got an imaginary $1,000 bankroll for the college football season. Will I turn a profit — or need a loan by bowl season? Stay tuned for a weekly update.

Note: The wagers generally will follow the $11-to-win-$10 principle, with a built-in profit for the house. These selections are for entertainment purposes only.

Florida State (+7) over Alabama: Going against the Tide? The Seminoles are one of the few who can just about match Bama blue-chip for blue-chip. $22.

Vanderbilt (-3) over Middle Tennessee: The Commodores still are in the SEC, right? OK, barely, but they can still beat a C-USA squad. $22.

Tennessee (-3) over Georgia Tech: Excellent recruiting is about to pay off for the Vols. Or Butch Jones will be out of a job. $22.

Florida (+5) over Michigan: The Gators are dealing with 10 suspensions. Often those circumstances rally a team. The Wolverines have generally been disappointing. $22.

Wisconsin (-27) over Utah State: The ever-underappreciated Badgers should stomp a MWC team coming off a 3-9 campaign. $22.

Eyes on Texas: Longhorns grapple with the realities of Harvey disaster, season opener