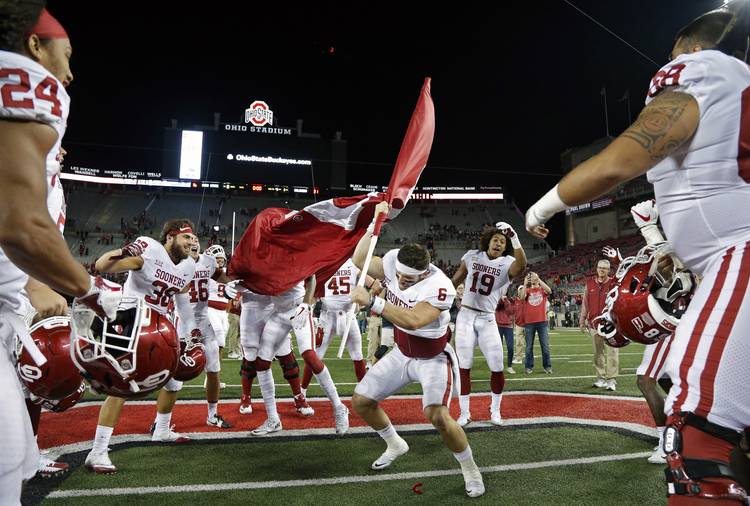 Oklahoma quarterback Baker Mayfield (6) plants the Sooner flag in the Ohio State logo at midfield after a 31-16 win at Ohio Stadium in Columbus, Ohio, on Saturday, Sept. 9, 2017. (Kyle Robertson/Columbus Dispatch/TNS)

By virtue of its domination of Ohio State on the road, Oklahoma climbed four spots in my rankings to a strong No. 2 position behind — you know whom — Alabama.

In addition, Southern Cal was truly impressive in its victory over Stanford. Maybe too impressive for Texas’ tastes. So I vaulted the Trojans from 13th to No. 3.

Penn State did little to deserve even a slight demotion, but I dropped the Nittany Lions from No. 2 to No. 4 because of the strength of victories by the Sooners and the Trojans.

My top five went like this: Alabama, OU, USC, Penn State and Clemson. New to my top 10 are Washington (eighth) and Georgia (10th). I also bumped up Kansas State to 11th.