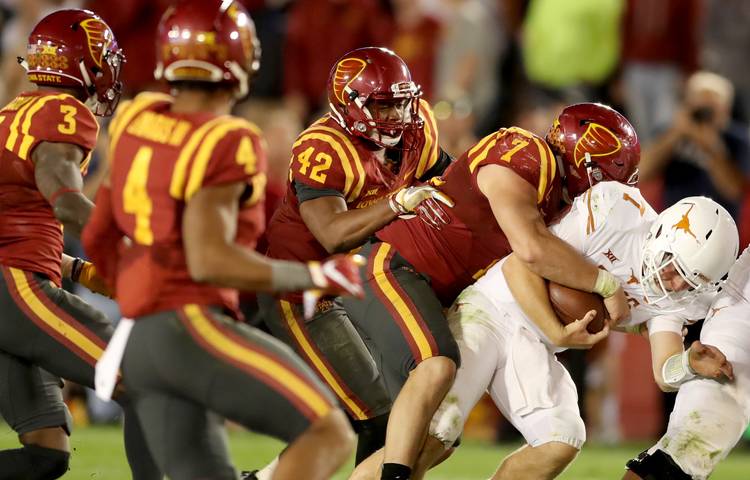 What was looking like Upset Saturday in college football faded away as most of the ranked teams simply flexed their muscles and survived another week.

Oklahoma, Oklahoma State and Miami all won in the end after major scares from Kansas State, Texas  and Syracuse to keep their CFP hopes alive.

Consequently, there was little movement in the rankings as we approach the first set of CFP rankings although Notre Dame is rising and newcomers in my vote are rampaging Iowa State, which has won three straight with victories over OU, Kansas and Texas Tech, and Mississippi State.

Golden: An overworked Sam Ehlinger is bad for business, Texas