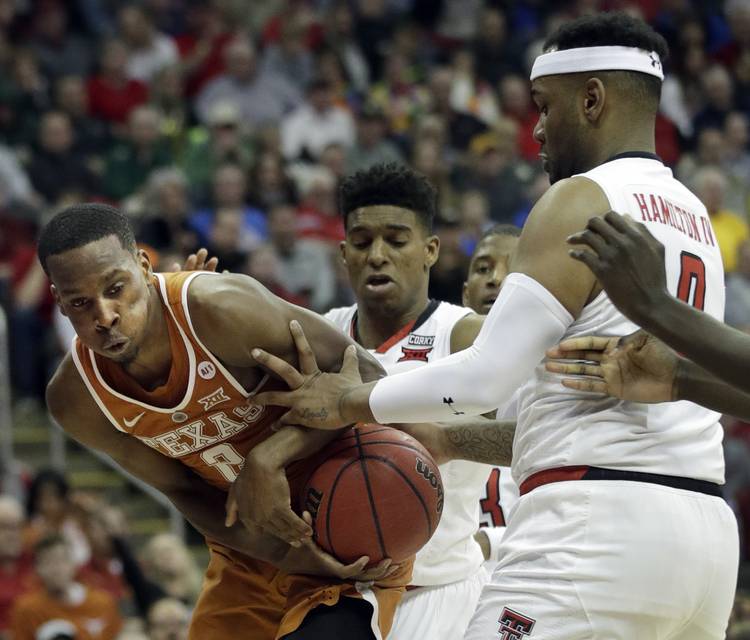 But of course, Texas has been a mystery this entire uneven season.

The third-year boss was dumbfounded by a curious Texas team that got off to its characteristic, woeful start and somehow managed to make a game of its Big 12 tournament quarterfinal on the back of a spectacular, career performance from reserve guard Jacob Young before bowing out and getting eliminated 73-69. Several of Smart’s players were AWOL. Or just AWFUL.

Young turned in one of the masterful games in Longhorn post-season history with a remarkable 29 points that included six three-pointers. Unfortunately, his teammates chipped in just one such long-range shot, and that was from its 7-footer Mo Bamba in his first game back from a toe injury. The rest were a combined 0-for-embarrassing 10.

But Longhorn fans have grown weary of a team that has underachieved for a wealth of reasons — many of them good reasons — set offensive basketball back decades and made some old-timers long for the days of Bob Weltlich. Texas could lead the nation in legitimate excuses but its play was disoriented and ineffective.

“I told the guys in the locker room (that) if our whole team had the competitive spirit Jacob had in that game, we’re in here feeling really good about ourselves,” Smart said.

Once Texas got past last-place Iowa State team in the opening round of this Big 12 gathering Wednesday night, most assumed the Longhorns were comfortably headed toward the NCAA party and almost certainly are. But Texas Tech quickly ushered Texas out of its comfort zone and schooled the Big 12’s seventh-seeded team.

That Texas overcame a three-for-16 shooting funk and crept to within three points of the Red Raiders in the final four minutes was stunning enough, but attributable almost entirely to the heroics of Young and Matt Coleman.

Kerwin Roach II, Dylan Osetkowski, Jericho Sims and Jase Febres flatly didn’t show up. At all. The four starters scored a paltry 10 points as a group.

Roach made no excuses and said he didn’t feel tired after playing 37 minutes against Iowa State and losing half a tooth. He’s a standup guy but he was listless offensively and beaten regularly on back screens and back-door cuts by Keenan Evans.

“I don’t know why I wasn’t feeling like myself,” Roach said. “Me, Dylan, Jericho, we couldn’t get going. It was all Jacob’s tenacity, his will, his fight that kept us in the game. He was the only reason we were still in the game.”

Osetkowski was no better. He, too, owned it and said he has to “find a level of consistency and a presence.”

He finished with four points and six rebounds in 36 minutes, and big-man assistant coach Darrin Horn said, “He wasn’t aggressive enough. No question he’s had a bunch of games we wouldn’t have won without him, but it begins and ends with his aggressiveness, especially on the backboards, and he had zero points and one rebound the first half.”

The only observer who came away impressed with the Longhorns was the opposing coach.

“Certainly they’re a tough team,” Texas Tech’s respectful Chris Beard said. “I think they’re a team that can make a real run in the tournament.”

Next year’s tournament? Oh, you mean next week’s NCAA Tournament. Thankfully, they don’t do drug-testing for coaches because Beard may be a minority of one who thinks Texas has what it takes to advance deep into the 68-team tournament. It can’t play anything like Thursday when only Young and Coleman played winning basketball.

In fact, a week after the Longhorns passed the eyeball test by downing 20th-ranked West Virginia in their finale, they were passing the black eyeball measurement Thursday when a team is supposed to be peaking.

Quite frankly, I don’t know if Texas belongs in the NCAA Tournament or not because Smart never knows which team he will get. I will say the Longhorns are tested. They’ve been resilient, winning four of their last seven. They’ve been beset by so many setbacks they may be more ready for a therapist’s couch than a first-round NCAA game. They usually play hard.

However, the Longhorn deficiencies were on full display at the Sprint Center.

They can’t shoot. Seriously, they may be the worst shooting Texas team these eyes have ever seen, and these eyes are old. The Horns rank 231st nationally in threes made and a lowly 329th out of 351 teams with a 31.6 three-point shooting percentage. Still, they inexplicably take them.

Aside from showcasing dribbling drills with occasional penetration, this may be one of the most confounding half-court offenses the Longhorns have ever put on the floor.

They have consistent defensive breakdowns time and again, especially down the final stretch of games.

It’s been a ragtag season, but Texas will have a chance at redemption in the NCAAs. Maybe then they can live up to the expectations of Beard, who labeled Texas “a dangerous team.”

Maybe dangerous as in hazardous to your health to watch.

Golden: Texas bats silenced as Stanford rallies to even series