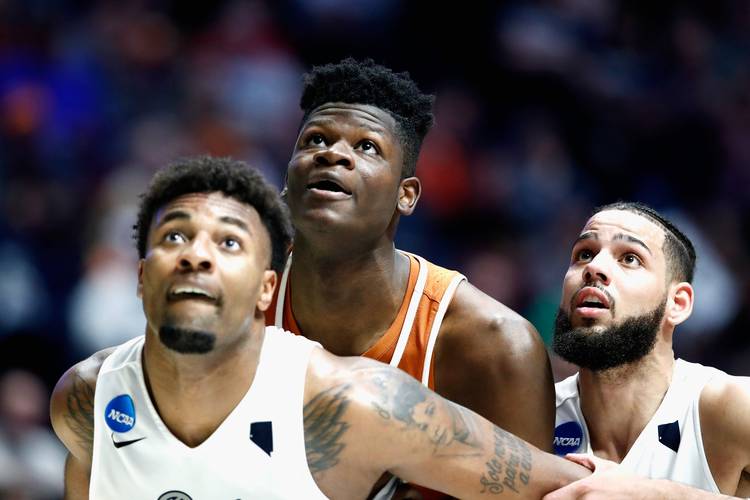 NASHVILLE, Tenn. — As Shaka Smart addressed the Austin media outside a forlorn Texas locker room, a voice could be heard behind the pack of reporters.

“Excuse me,” said a tearful Mo Bamba before he gathered his coach into his long arms for what seemed like 30 seconds.

Bamba will have better days. The whole world knows Austin was just his first stop on a journey that will take him to the NBA.

As for Smart, he will be back for a fourth season directing the Texas men’s basketball program. He will have the offseason to figure out how to push this program back into national prominence. Texas remains a middle-of-the-road program in one of the better conferences in America, and it’s up to Smart, an intelligent man who hasn’t gotten enough positive results, to take it higher.

The great philosopher Augie Garrido once said the world treats winners differently from how it does losers.

Winners get ticker-tape parades and love on “SportsCenter.” Most important at this point, winners get to advance to the next round of the NCAA Tournament.

The Wolf Pack, a team of transfers that came in loaded with NCAA Tournament experience, rose off the mat and extinguished a 40-26 deficit. At this point in the season, it isn’t about style points. It’s survive and advance. Live to play another day.

The Longhorns finished 19-15 this season. They walked off the floor Friday as an NCAA Tournament loser for the second time in Smart’s three seasons, and this latest loss was nearly as brutal as when Paul Jesperson’s midcourt heave ended their 2014 season.

“I don’t know if I’ve ever been this devastated after a loss,” Smart said. “We’ve had some tough ones, especially at the end of the year. But we have to be big boys, and we have to understand that there’s an opportunity to learn and grow, and everyone will have to move forward.”

The program’s record eighth overtime game of the season saw a veteran Nevada squad shrug off a sluggish first half and reel in the Horns, who replayed an old record with several horrible shot-clock draining possessions at the most important time of the year. Texas led 45-32 at one point but scored only two points in its next six possessions. With the Horns up 56-50 with eight minutes to go, guards Jacob Young and Kerwin Roach shot air balls. Roach also missed a free throw that would have put his team up by two with 45.3 seconds to play in regulation.

Then came the play we will all remember when asked about the 2018 Texas Longhorns.

Texas had led for all but 3.8 seconds of the second half when forward Dylan Osetkowski, who struggled miserably on offense during the second half of the season, threw away the Horns’ hopes for a last-second escape in regulation when his in-bounds pass to Jericho Sims sailed long and was tipped out of bounds.

“I thought he was going to throw it earlier,” said Sims, a jumping jack who was able to get only a couple of fingertips on the basketball. Osetkowski grabbed 11 rebounds but was pretty much a no-show on offense, a familiar refrain of late. He was 2 of 9 from the field, including a miss on a short-armed baby hook that would have pulled the Horns to within two points in the final minute.

Another great philosopher by the name of Bill Parcells once said, “You are what your record says you are.” Smart dropped to 50-50 as the head coach here and remains winless in the NCAAs with the Horns despite the presence of NBA lottery picks on his past two teams: Jared Allen in 2017 and Bamba, who is sure to become a millionaire about 30 minutes into this summer’s NBA draft.

Smart had to coach through some obstacles this season, including Andrew Jones’ illness, Eric Davis’ suspension and Bamba’s tender toe, but he has been what his record says he is: mediocre. Coaches have to find a way no matter what. It’s why they make upwards of $3 million annually.

“In a game like today’s, we needed to add one or two more winning plays,” Smart said. “One more score, one more stop.”

We’re three years in, and the Longhorns haven’t won an NCAA Tournament game under Smart. His teams have played hard and have drawn compliments from the opposition, but results are results. He hasn’t had enough wins.

Here’s the good news: Shaka has his point guard in Matt Coleman, who has a Devonte’ Graham feel about him. Coleman played with the courage and poise that’s needed at this level. He finished with 25 points, four assists and only two turnovers in his first Big Dance.

Roach will work out for NBA scouts this summer but should follow Graham’s lead and return to college for his senior season.

As for the head coach, he has to be better next year. Call the 2018-19 season what it is: a make-or-break one for Shaka Smart.