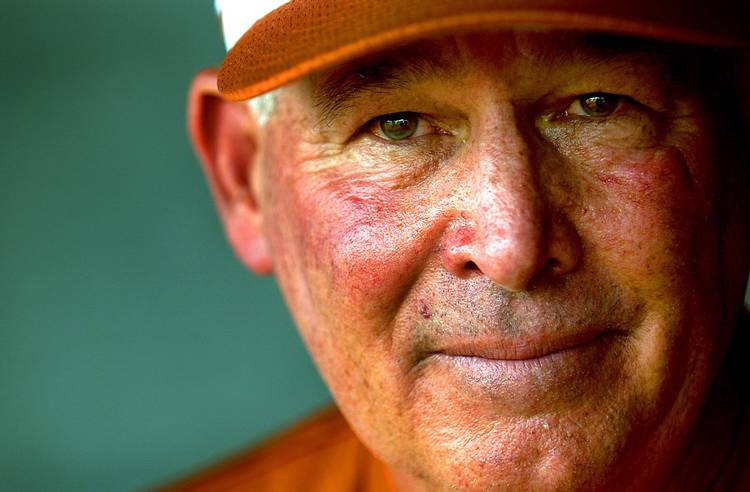 But it wasn’t him.

His former players openly wept while sharing their best memories of the coaching legend. Some, like Huston Street, got choked up while recalling their memories of their coach. It was a wonderful tribute but, frankly, not something Augie would have wanted. While the raw emotions of that day were perfectly understandable, the Garrido I knew well would have preferred a much more upbeat afternoon.

When his long-time friend Richard Linklater told me after that service of his plans to re-air his brilliant 2008 documentary on Garrido and invite his lovely wife Jeannie, former Texas players and the public out for a night of old stories and laughs about the dearly departed, I told him to count me in.

Rick and the Neighborhood Longhorns Program threw one hell of of a party Wednesday night, and Augie would have loved it. A full theater showed up to the AFS Cinema for “Inning by Inning: An Evening in Celebration of Augie Garrido.” After 30 minutes of meeting and greeting, we filled into the theater to view “Inning by Inning: A Portrait of a Coach,” Linklater’s 106-minute documentary on the 2006 Longhorns and their larger-than-life leader, who was one part philosopher, one part standup comedian, and all parts winner.

“My first impulse was to watch this movie I made for him,” said Linklater, a frequent batting practice participant at Disch-Falk when Garrido was coach. “I went to two funerals and both were sad. That wasn’t the spirit of Augie. I was like, ‘I made this movie with him. We have a theater here. Let’s put on a show.’”

This was a Garrido type of night — great stories and gut-busting laughs with several libations mixed in. A couple of dozen players from his 20 seasons here — including national champions Street, Justin Simmons and Seth Johnston, to name a few — were on hand as well as greats from yesteryear like 1975 College World Series champion Jim Gideon.

“I had breakfast with him last year and he said it was his first season not being in baseball in like 60 years,” said Gideon, a UT men’s hall of honor inductee. “We talked about a lot of old stories, including the baseball alumni golf tournament he started when he first got here. That first year we had 60 players. This past year we had 160. It all started with Augie.”

When Augie’s face appeared on the screen, I have to admit, it was great to see him again. I recalled texting him get-well wishes the day I heard he had taken ill. The text wasn’t returned, of course, but it remains in my phone along with past conversations we’ve had over the years, never to be deleted.

“The film brought back so many memories,” said Simmons, who pitched for the 2002 national champs. “The life lessons he was teaching us at every moment and every game … we had no idea. His ability to relate to 18-to-22-year-olds for four decades was just unbelievable.”

Linklater even invited me and my buddy Rick Cantu — who covered Augie’s first six seasons here — on stage to share our favorite memories. Rick went with Garrido querying him and Kirk Bohls inside the Rosenblatt Stadium dugout about who to start in right field before the 2002 CWS title game against South Carolina. Kirk suggested injury-prone senior Chris Carmichael, who hadn’t started a game in almost a month. And we all know how that one turned out. Three-run homer. Championship.

Mine was the 2005 super regional at Ole Miss, when Augie moved the UT baseball contingent from the Oxford Super 8 to Tupelo, which was 45 minutes away. His explanation was, “I’ve never stayed at a hotel with a number in the title and I’m not about to start now.” It was really a cover for him wanting to get his players away from the locals so they could concentrate on the task at hand. Championship No. 2 followed soon after.

Years later, at his book signing, I drew a hearty laugh when I told him that he must have changed his mind about that number thing when he moved into the Four Seasons.

Numbers are the numbers, and Garrido had plenty with five national championships and 1,975 coaching wins — a record that was just broken by Florida State coach Mike Martin — but nothing will replace the memories he left us. In good times and bad, he was Augie. Never claiming perfection, always self-deprecating and one of the most interesting people I’ve ever encountered.

We’ll always have the laughs.