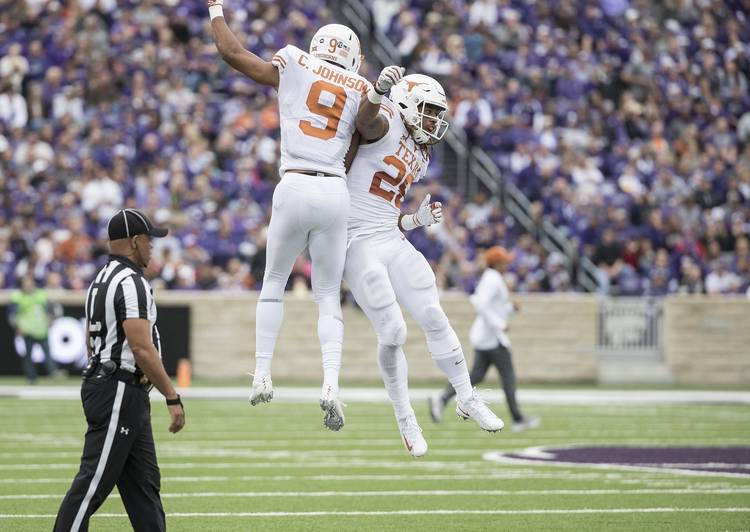 Five weeks into the college football season and the Longhorns are on a steady rise up the polls. Well, kinda.

After being ranked 23rd in the preseason poll but falling out after the loss to Maryland on the road, Texas has gradually made its way back up the Associated Press rankings and now sit at 19th.

On my personal AP ballot, I had Texas at No. 16, up four spots from last week, after the Longhorns broke the Manhattan curse and won at Kansas State. In the actual poll, Tom Herman’s team fell one slot from to 18th, presumably because it struggled and didn’t score in the second half against a poor Bill Snyder team.

I gave Notre Dame the biggest bump, moving them up to No. 4 after trouncing a good Stanford team. I also actually moved Penn State up to No. 10 after coming within an eyelash of knocking off Ohio State.

Bohls: Help wanted — Sam Ehlinger can’t do it alone on the ground, nor should Texas want him to