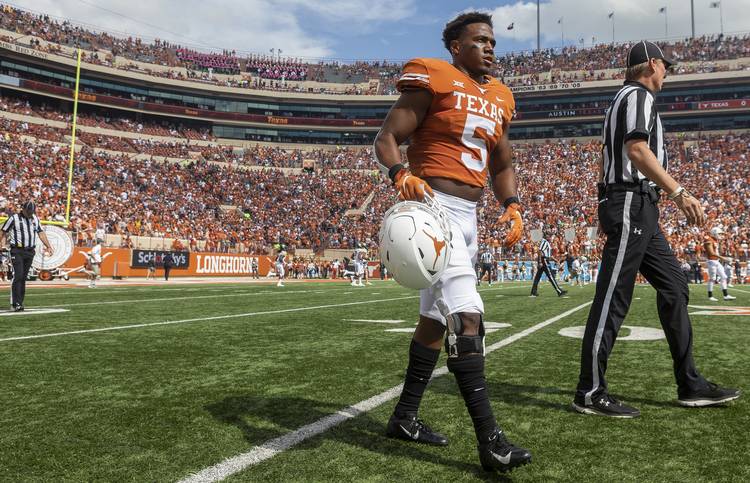 Their futures are their business.

College football is a billion-dollar industry and the people fans pay to see aren’t the schools, coaches, athletic directors, television networks and administrators that get to share in those revenues.

They pay to see the talent. That talent should be allowed to change its mind.

Should a player be allowed to transfer to another school without sitting out a season?

Should an incoming freshman be allowed to transfer without penalty when the coach who recruited him and promised to be there takes another job right after he signs with the school?

I hear some of you already: A player should stick to his commitment. He’s getting a free education.

Then you don’t even blink when a coach breaks his eight-year contract midway through to sign for more money elsewhere.

College sports is one of the only businesses in America — yes, it’s a business — where the revenue producers aren’t upwardly mobile. The NCAA is still years behind when it comes to making this a level playing field. The players bring in the money but are then labeled as turncoats when they make a decision that’s in the best interest of their families.

The graduate transfer rule was a wonderful start, and it has benefited many players and coaches. Russell Wilson, who transferred from North Carolina State to Wisconsin, is a great example. He put together a great final season, improved his draft stock and has been one of the NFL’s best success stories.

Texas running back Tre Watson is hoping for a similar ending. After tearing up his knee at Cal two years ago, he exercised the grad transfer rule and produced some solid numbers in his final season — 832 yards of offense and five touchdowns.

It’s truly a blessing,” Watson said Friday. “Being able to (transfer) and come in and play right away, it’s a great opportunity. And being able to get an extra degree … I did my undergrad and went to the No. 1 public university. That’s why I went there, to get that education. I came here to do both.”

The players and coaches agree that Watson is like the electric company when it comes to providing energy on and off the field.

“He’s really annoying, but I love the guy,” senior guard Patrick Vahe said. “He’s definitely someone I trust on the field and someone I love when it comes to his character.”

Watson is one of the best examples of how an athlete can take advantage of the rules, help his new school, have a positive experience in his final season, and come closer to realizing his professional dream.

Georgia cornerback Deandre Baker, a projected first-round draft pick who won the Thorpe Award, was ripped in some circles for choosing to skip this game to prepare for the NFL scouting combine. Baker gave the Bulldogs 34 career starts in 51 games. So why isn’t it OK for him to opt out of the bowl game when coaches do it every year?

Late in 2016, Texas hired Tom Herman before Houston’s bowl game. Herman accepted his dream job, vacated H-town and turned over bowl preparation to defensive coordinator Todd Orlando. Houston hated it but the public at large understood Herman was an American looking for a bigger slice of apple pie.

On a smaller level, Texas freshman quarterbacks Cameron Rising and Casey Thompson have submitted their names into the NCAA’s transfer portal, a sure indication that they are keeping their options open. Free country. If they want to leave, let them go. The game is only about the players on game day, but when it comes to wanting to possibly better their current situations, not so much.

Watson is a feel-good story because he had the power to decide his next move.

It’s past time to give the players even more.

Golden: Sugar Bowl could be the last Longhorns, Ehlinger see of Collin-Lil’Jordan combo