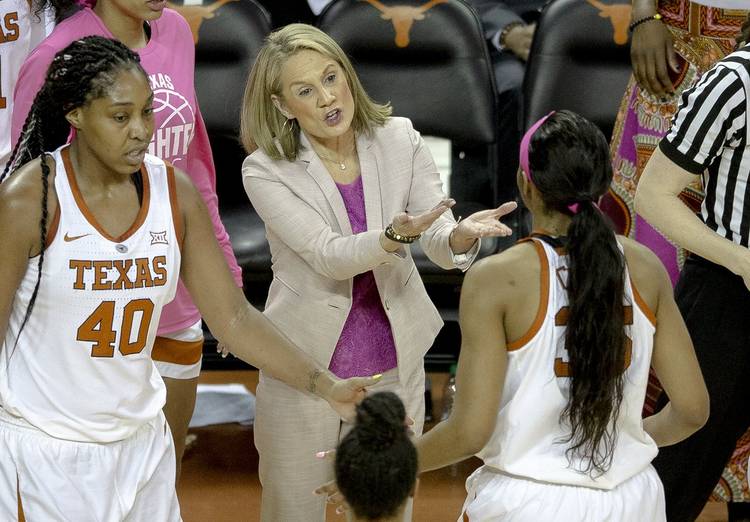 It’s not how you start.

When you’re up 14 points at the house in the second half, it’s supposed to be a win, but the Longhorns were much more fizzle than sizzle on Sunday for the most important part of a crucial Big 12 test.

Texas opened the second half on with a massive 16-1 run and appeared on its way to getting a split of the regular-season series, but the shots stopped falling and Kansas State, the third-worst three-point shooting team in the league, made 8 of 11 triples in the second half.

Up 42-28 in the third quarter, the Horns got run off their own court, 41-18 the rest of the way, creating questions about this team’s mental focus moving forward.

This is that time of the year when teams are supposed to be sharpening their claws and getting fine-tuned for what’s coming up next month. Texas, at 20-6, is a postseason team but to get swept by an unranked opponent leaves a bitter taste. The Horns, at 10-4 in league play, are in an even bigger dogfight with Iowa State and West Virginia for second place behind No. 1-ranked Baylor in the Big 12 after this one.

So what happened? Was it a total loss of focus? Did they simply let off the gas? Did they freeze up and wither away after K-State sprang to life?

“It’s worrisome to me. Very,” UT head coach Karen Aston said. “Just because we were at home, had a 14-point lead and we didn’t buckle down enough to keep the lead. They were more competitive than we were in the fourth quarter and that worries me.”

While Aston pointed to Texas’ struggles on defense in the second half, one point of concern had to be the play of junior guard Sug Sutton, who went a pedestrian 2-for-10 from the floor before fouling out. Sutton did have nine assists and played a solid role in Destiny Littleton and Danni Williams combining for 30 points, but she faltered down the stretch and looked far too deferential for the type of player she is, passing up a pair of open looks when Texas was in dire need of a basket in the final minute.

“You get bogged down a little because everyone is going to guard your tendencies,” Aston said. “Everyone knows we roll the way she rolls. When we were at her best, she gave up the ball early and got it back.”

Adding to Texas’ struggles was Joyner Holmes, who scored six points but was limited to just 24 minutes after picking up a pair of quick fouls early. She added three turnovers giving her 11 over the last two games. Plus, the Horns struggled to get good looks from inside the paint.

“K-State punched us,” Littleton said. “We were just trying to get back in our flow.”

With four games remaining in conference play, the Horns can’t afford to put up many more clunkers like this one, especially since one of those is against program nemesis Baylor, which sits at 20-1. Baylor also holds a 19-1 edge over Texas in their last 20 meetings.

With a week off until the next game, Aston has time to examine the reasons why her team finished so poorly at home. There are only two games left at Club Erwin, a place where the Horns are supposed to build confidence for road tests.

That sure as heck didn’t happen Sunday.

Bohls: Mitrou-Long, Hamm a pair of ‘energy brothers’ for Horns