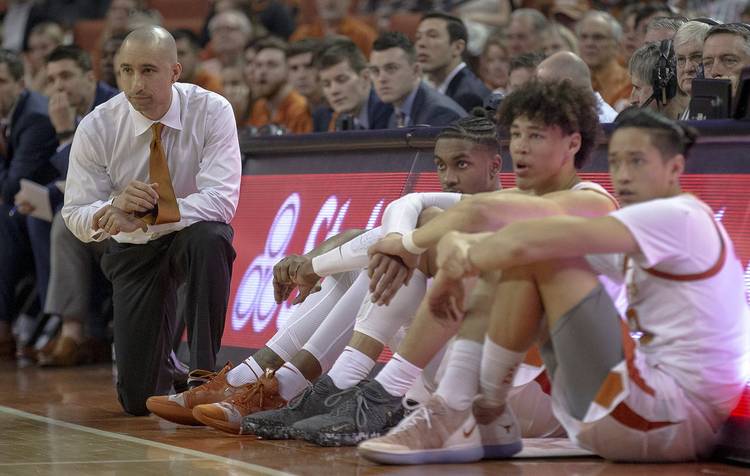 Want to make a case against Texas being included in the NCAA Tournament?

Shaka Smart’s crew dropped to 16-15 overall and finished Big 12 play at 8-10 for the second consecutive season. The Big 12’s national reputation as the toughest conference can carry this program only so far. After getting blown out 70-51 at Texas Tech on Monday, the Horns got rolled at home by a short-handed TCU crew that played with the perfect amount of energy and desperation befitting a team that’s trying to make its case for the NCAAs.

On a day that was as close to a must win as any game of the season, the fans got zilch. Texas didn’t show up. How could that be? The product Shaka placed on the court looked nothing like an NCAA Tournament team. Worse yet, it didn’t resemble a team that’s hellbent on convincing the selection committee for inclusion.

Where was the effort? Texas lost the rebounding battle 35-24, got beat to loose balls with alarming regularity and couldn’t knock down jumpers consistently. Jase Febres’ hot streak is officially over. After knocking down 15 triples against Baylor and Iowa State, he’s 0-for-10 from distance in the last two games.

His struggles aren’t singular. The team looks to be in free-fall at the worst possible time of the year.

ESPN bracketologist Joe Lunardi said on the air during the game that he was shocked at how poorly Texas was playing, given the stakes. Still, he has the Longhorns as part of the field entering the conference tourney. But that could change.

“Texas won’t be the team that drops out, but they could be if they lose in the first round of the Big 12 Tournament,” Lunardi said. “That would make them 16-16 and while we hear about quality wins, there’s never been a .500 at-large team in the expanded era.”

To hope for an at-large bid after these last two games is asking a lot of the committee. The Horns smell like an NIT team.

We heard a familiar post-game refrain from Smart, who once again spoke of good practices that didn’t carry over. The team energy was a couple of steps above comatose, especially on defense where the Horns turned TCU swingman Desmond Bane into the second coming of Kevin Durant. Bane, who had scored 14 total points in his last two games, scorched the Horns for 34 and six three-pointers, two more than Texas had as a team.

“This week we were nowhere near the best version of ourselves in either game,” Smart said. “But this was a home game and this was a game in which we had a six-point lead for most of the way through the first half. So you have to capitalize on those situations.”

Texas should apologize to its fan base. We should applaud freshman center Jaxson Hayes, who threw down several rim-rattling dunks en route to a team-high 19 points, but that comes with the realization that he may have just played his last home game at the Erwin Center — ever.

The second most troubling part of the Shaka experience is that he’s 31 games into the season and still talking about getting a spark from his players. It didn’t help that senior Kerwin Roach has spent the last five games on his latest suspension, but that isn’t the selection’s committee’s problem. It’s Shaka’s.

And for those calling for Shaka’s head, rest your vocal cords. He isn’t going anywhere after this season. He has four years left on his contract and would be due $13 million if Texas wanted to terminate. Expect him back for a fifth year. Get used it.  Running him off now just doesn’t make good financial sense. Plus, Texas would have to buy out a potential replacement with the knowledge that it wouldn’t recoup those dollars any time soon.

UT President Gregory L. Fenves fired football coach Charlie Strong and gave him $10.4 million because he had to. A losing football team kills the engine. A losing basketball team equates to a couple of leaky valves. Fixable, but not a threat to the overall mechanism.

The Horns could beat Kansas — I’m not picking them — and sneak into the field, but don’t expect them to be around for long.

As for Saturday, TCU coach Jamie Dixon said what Smart could not: “We’ve done what we needed to do.”