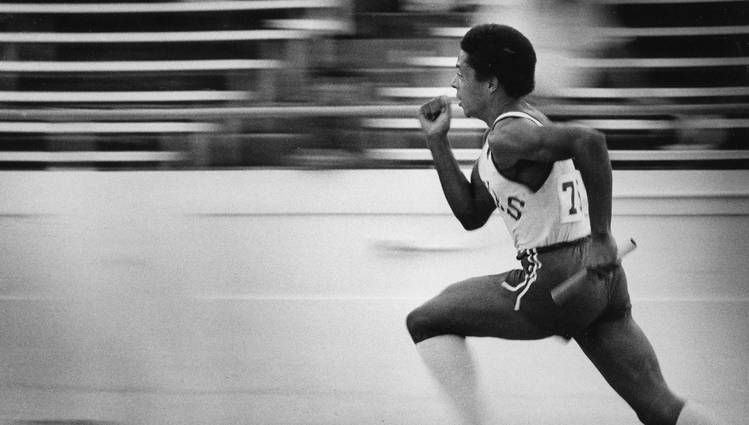 To this very day almost half a century later, I still can’t believe my eyes.

Without question, it’s at the top of the best sports memories ever witnessed in person.

There was Ben Crenshaw bent over in delirious exhaustion and exhilaration on the 18th green at Augusta after he sealed his second Masters victory in 1995 just a week after his beloved mentor, Harvey Penick, died in Austin.

There was Darrell Royal’s final Texas-OU game that ended in the most bitter of ties in 1976, President Ford in the sold-out crowd, just days after we had the scoop of Oklahoma spying on Longhorn practices.

I’ll never forget Roger Staubach’s two-touchdown comeback in 1979 against the hated Redskins in the blink of an eye as I watched at Texas Stadium.

The Abe-Eddie Show when Abe Lemons threatened to rip Eddie Sutton’s Sunday clothes off at the Erwin Center in 1979 if the Arkansas coach ever again laid hands on one of his Longhorn players.

And of course Vince Young’s legendary heroics against USC in the 2006 Rose Bowl in one for the ages.

But for pure unbelievability, they all pale in comparison to the night time stopped at Memorial Stadium on a cool May night in 1976.

Johnny “Lam” Jones topped them all.

It’s hard to believe that he’s gone now. He died in the early hours of Friday at the too-young age of 60 after more than a decade-long battle with Stage 4 multiple myeloma  — cancer of plasma in the bone marrow. But then he always ran the good race.

He’d turn into not only a big-time Longhorn football player, as a running back and then a wide receiver and kick returner, later that summer he would become an Olympic gold medalist when he ran the second leg on the U.S. 4X100-meter relay team at Montreal. At 18.

“He was not only a Texas hero, he was an American hero,” said former Longhorn lineman great Rick Ingraham. “I mean, he was a gold medal winner.”

But even before, he shocked the world. And all of us who saw it live that night or even on grainy, blurry videotape since have never forgotten it.

The night at the state high school track meet when the athlete we grew to know as Johnny “Lam” Jones from Lampasas — he got the nickname to differentiate himself from Johnny “Ham” Jones of Hamlin, who was at his bedside with Ingraham on Thursday — stunned about 20,000 slack-jawed spectators, myself included.

What was so special? He overcome a distance of, I swear 50 yards, maybe more, as the anchor leg of his team’s winning mile relay team to clinch the 3A state championship. It still stands as the most compelling sporting event I ever saw in 50 years.

“Johnny didn’t waste an ounce of energy when he was running,” said Johnnie Johnson, the La Grange star who became Lam’s freshman roommate and an All-American defensive back. “I always say in track and field, there’s one speed, and then there’s ‘Johnny Lam’ speed. One thing I learned early on, and I was a fast guy. When I was covering him in practice, when I was even with him, I’m not even.”

Not for long anyway.

Both athletes from their small Central Texas towns were special. Ahead of their time, they weren’t listed as five-stars. Instead, there were blue chippers and super blue chippers. Jones and Johnson were the latter from the moment they both got recruiting questionnaires in the mail from Notre Dame the summer before their high school sophomore years.

“There will never be another graceful athlete at such a young age,” Johnson said. “I still remember the phone call I got after I committed to Texas. He asked if I was still going to Texas. I said yes, and he said, ‘I’ll see you there.’ “

Jones, a gifted specimen of an athlete at 6-feet and 175 pounds who would later be the overall No. 2 NFL draft pick of the New York Jets, always glided when he ran. He ran with such effortless motion. On that May night, he took the baton mired in seventh place among the eight competitors. This’ll be interesting, I thought to myself, as I watched from the press box. I wonder how much ground he can make up on the race’s final lap.

Ingraham wondered as well. He’d sat in the press box with about 20 of his football teammates and Longhorn recruiting coordinator Ken Dabbs that night after Royal had suggested they check out their new teammate.

“He was the most beautiful runner I ever saw in my life,” Ingraham recalled. “Effortless. Pure speed. That race was like nothing I’d ever seen. It wasn’t like he was straining. He was like a racehorse. And he didn’t win by a neck. He won by a couple of steps.”

One by one, Lam passed all his fellow racers with astonishing ease and grace. As he ran down the backstretch, the crowd rose in unison, gasping at what they saw, shocked when they realized they were seeing history. Unofficially, it was a time of 45.3 seconds.

He was flat out mesmerizing. He took our breath away.

And he could have been one of the best of all time, save one shortcoming. Johnny Lam was almost too good for his own good.

While he was impactful as both a two-time All-Southwest Conference tailback and receiver and kick returner in football at Texas — he once ran back a kickoff against SMU from eight yards deep in the end zone, and he scored eight touchdowns of 45 yards or longer in his career — it was his potential on a track where he could have been transcendent.

But that was before track paid big money. So he played football.

He had his demons. He battled drug and alcohol addiction and later spoke out against the evils of both. He witnessed to high school students. And he later donated his Olympic gold medal to the Special Olympics, so impressed was he with the competitors’ want-to.

“He was just a tremendous athlete,” recalled Dabbs, maybe the Longhorns’ best recruiter ever who helped convince Lam not to go to Oklahoma and instead come to Austin. “He played tailback and wide receiver, but track was king.”

Dabbs hadn’t been the main recruiter on Lam. Tim Doerr was, but Royal dispatched Dabbs to Lampasas to help seal the deal.

Johnny lived with his maternal grandparents in Lampasas although his mother worked as a deputy sheriff in Oklahoma and wanted him to become a Sooner. When Dabbs showed up at their home, he asked Mary Anderson if Johnny got his speed from her.

“I could outrun anybody in Bastrop Country,” she said, barely looking up from her quilting.

At some point, Dabbs informed her that his mother ran the Club Café in Freer, Texas, and mentioned that her cook, Lonnie McPhail, fried up the best chicken fried steak around. Went by Slim in those days.

The Sooners had no shot after that.

Texas, on the other hand, landed one of its most versatile athletes in school history. Royal never quite harnessed his talent, and Fred Akers used him at receiver as much as decoy as deadly weapon. His football numbers were never all that earth-shattering, but his moments were.

Not that Lam ever boasted.

“He was the most humble superstar,” Ingraham said. “He and Earl (Campbell) were in a class by themselves. Never boastful or loud.”

And he ran the good race.