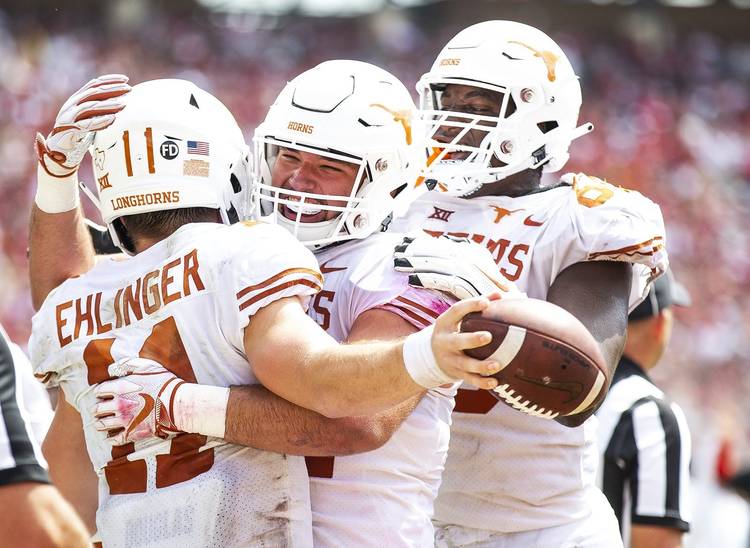 We won’t know how successful the first trip to Craven’s Corner will be until after the season since most of those bets were futures. We did go 1-1 on game bets with Miami covering but the game failing to reach the over thanks to a missed field goal in the fourth quarter. The college football gauntlet begins this week and there are plenty of bets to place.

Got it? OK, let’s make some money. We’ll use Bovada.lv as our general sports book. Remember that lines fluctuate based on bets and are subject to change before kickoff:

Oregon +3.5 over Auburn: My pick is Oregon to win, so I’ll probably also bet the money line at +140 to truly steal some value in this week’s only contest between two ranked teams. It’s a neutral-site game at AT&T Stadium in Arlington. I’m taking Oregon because Auburn freshman Bo Nix is expected to make his first start at quarterback, while the Ducks sport three-year starter and senior Justin Herbert.

Houston +23.5 over Oklahoma: This simply seems like too many points to give a Houston squad led by talented quarterback D’Eriq King. Oklahoma is at home while Houston is in its first game of the Dana Holgorsen era. I don’t expect Houston to win, but the Cougars should score enough points to cover the 23.5-point spread. The over in the game is 82, and I’d lean on the over.

SMU +3 over Arkansas State: Former Texas quarterback Shane Buechele faces his first test at SMU and I’m betting on him to cover against Arkansas State. The Mustangs should be improved in Sonny Dykes’ second season in charge. Arkansas State is a solid Sun Belt squad with five straight bowl appearances. In a tight one, I’ll take the points.

BYU +6 over Utah: I’m excited to watch this game on Thursday night, but it is a tricky bet. Utah owns this series as of late, but in close games. Rivalry games tend to be close, especially early in the year. This line is growing with more bets heading toward Utah, so maybe wait until Thursday afternoon and take BYU to play a dogfight against its higher-ranked rival.

Wisconsin +13 over South Florida: Charlie Strong’s squad faded once the schedule toughened in 2018, losing the final six games of the season, including a bowl game to Marshall in its home stadium. Wisconsin is the forgotten contender in the Big Ten and I expect the Badgers to wear down South Florida and coast to a near 20-point win.

Northwestern +6.5 over Stanford: I rarely take a road team with a questionable quarterback situation, but I’m going to buck my own trend and take Pat Fitzgerald’s program to keep it close at Stanford. The Cardinal lost too many weapons on offense and still sport a young defense. It’s hard to imagine Stanford clicking on all cylinders and drumming a game Northwestern program.

UCLA +2.5 over Cincinnati: I may take the money line at +115 because UCLA is a team that will over-perform in year two under Chip Kelly. Cincinnati won this matchup last year in Los Angeles, so it is UCLA’s turn to return the favor. UCLA improved throughout the year and quarterback Dorian Thompson-Robinson is a potential breakout star in the Pac-12.

Duke +34 over Alabama: Nick Saban likes to crush teams in the first half and coast to easy victories early in the season. There are teams Alabama would love to embarrass, but Duke isn’t one of those programs. The Crimson Tide don’t need style points to reach the College Football Playoff and staying healthy in a win will be the goal, not piling up touchdowns when the game is out of reach.

Clemson at Georgia Tech, Under 60: Georgia Tech is transitioning away from the option and the Yellow Jackets are unlikely to score enough points to force Clemson to keep its starters on the field for longer than three quarters. It is too early in the season for style points and Clemson is a young team that could need a quarter or two to work out the kinks. Clemson wins easily, which might help keep the score in the 38-14 range.

Georgia at Vanderbilt, Under 58: Georgia enters the game as a 21.5-point favorite, which is a half-point too much for me to take in Week 1, but the under is interesting action. Georgia should be out to prove a point in a conference game to start the season, especially since the Bulldogs lost to Texas the last time the team took the field. I expect Georgia to trounce Vanderbilt early and coast to a victory somewhere around 42-10.