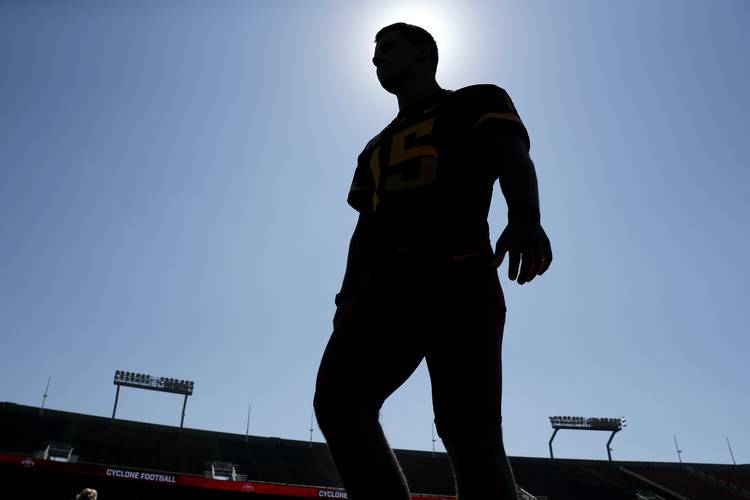 The good news: We went 4-1 on NFL games in last week’s Craven’s Corner.

We’ll take the split and move into Week 3 of the college season, which is also the second week of the NFL. A 5-5 record isn’t bad for an early week, but it is time to start making some money.

Head coach Gary Patterson of the TCU Horned Frogs prepares to take the field with his team before taking on the Southern University Jaguars at Amon G. Carter Stadium on September 1, 2018 in Fort Worth, Texas. (Photo by Tom Pennington/Getty Images)

Iowa State +3 over Iowa: Iowa State was underwhelming in an overtime win over Northern Iowa two weeks ago. The Cyclones were provided an early open date to rebound, plus ESPN GameDay will be in Ames. Iowa State’s defense is good enough to keep it in the game until quarterback Brock Purdy finds a way into the end zone. Give me a low-scoring game with Iowa State to cover.

TCU -2.5 over Purdue: TCU is another team coming off an open week. I like the Horned Frogs here because Purdue quarterback Elijah Sindelar was diagnosed with a concussion after the win last weekend against Vanderbilt. I don’t enjoy giving points on the road, but I believe in TCU with an extra week to prepare.

Texas Tech -2 over Arizona: Most bettors follow a few personal rules. One of mine is to bet against Kevin Sumlin at nearly every possible turn. It worked in Week 1 when Hawaii not only covered, but outright beat Arizona. I know most aren’t high on Texas Tech, and while the Red Raiders haven’t faced any real competition this year, I’m sticking with my Sumlin rule.

Penn State -17 over Pitt: Penn State was our only college winner last week, so I’ll roll again with the Nittany Lions at home against an in-state rival. This team started slow against Buffalo last week before a strong second-half performance. That means Penn State should come out ready to play and blowout another squad.

Browns -3 over Jets: Baker Mayfield was horrendous in the season opener. The Jets were beating the Bills until the fourth quarter. This is the perfect spot to take advantage of overreactions to Week 1. The Browns were expected to be a near touchdown favorite in this contest before the loss to Tennessee. I’m betting on a rebound performance by the Browns on Monday Night Football.

Titans -3 over Colts: No team was more impressive than the Titans in Week 1, throttling a Browns team that entered the season with plenty of hype. The Colts covered against San Diego in Week 1, but it is still a team in limbo after Andrew Luck’s retirement. The Titans defense is the real deal.

49ers +1.5 over Bengals: The Bengals looked good in a loss to Seattle, but I still count Cincinnati as one of the worst teams in the league. I’m surprised San Francisco isn’t favored in this game, and the line could move toward a pick’em by kickoff. Jump on this line early and hope that the Bengals regress to the mean.

Golden: Expect Texas’ Keaontay Ingram to bounce back after his LSU struggles