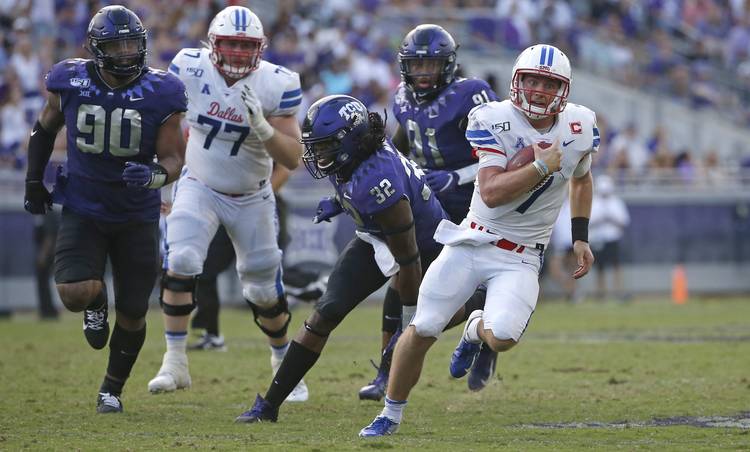 SMU quarterback Shane Buechele (7) runs the ball against TCU during the first half of an NCAA college football game Saturday, Sept. 21, 2019, in Fort Worth, Texas. (AP Photo/Ron Jenkins)

I’m so tired from a lack of sleep after catching the early flight from Pittsburgh to Nashville to Dallas to cover the Packers-Cowboys game, I may have voted SMU No. 1.

OK, so I’ve checked, and I didn’t. But I did put the undefeated Mustangs No. 19 in my Associated Press Top 25 ballot.

That’s the biggest jump forward in my vote, aside from moving Michigan up to No. 17 after holding off Iowa in a game that makes the Wolverines relevant again, at least in the Big Ten. I also inserted Baylor into the No. 22 position after whipping Kansas State on the road.

I bumped Florida up four spots to No. 8 after topping Auburn, which I demoted to No. 11.

I have Texas at No. 9 as it finds different ways to score and win.