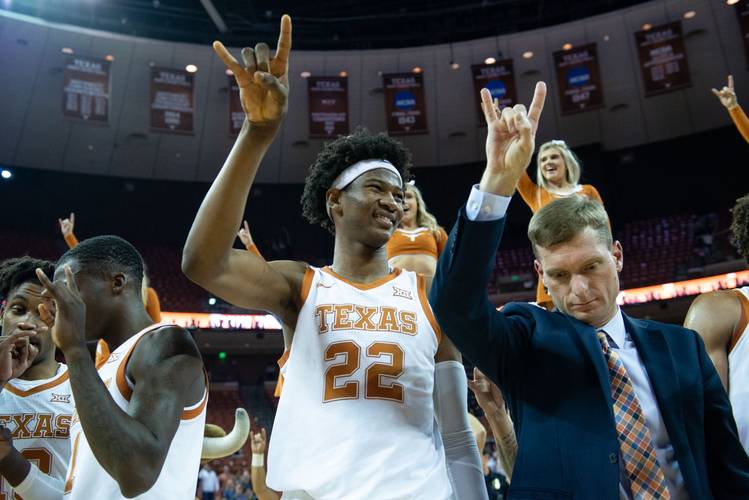 Before he became famous, Sylvester Ritter was a star football player at Fayetteville State University. He didn’t carve out a long NFL career, but he became a pro wresting legend under the name of Junkyard Dog, a moniker that reportedly came from his work in a wrecking yard.

You older citizens from this part of the country remember him filling up arenas in Texas, Louisiana and other spots in the southwest and how fans would go nuts when he strode to the ring, dog collar around his neck, as Queen’s “Another One Bites the Dust” blared.

Well, after watching a few Texas games this season, I’ve come to the conclusion that the Longhorns have an emerging junkyard dog of their own.

Before I get to why I’m dubbing 6-11 freshman Kai Jones as Texas’ JYD, an explanation is in order. In hoops, a junkyard dog is a player who impacts the game in ways that don’t always show up on a stat sheet. He dives for loose balls, crashes the boards on both ends and does whatever is needed to improve his team’s bottom line.

Jones checks those boxes and then some. While he has an offensive skill set that will emerge as he gets more minutes and experience, his current role is all about energy. The 18-year-old is using those long arms and quickness to give the Horns some needed energy off the bench.

While teammate Andrew Jones got top billing in Tuesday’s 67-57 win over UAB, Jones was a bright spot with four points, three rebounds, three blocks and two steals in 19 minutes. The numbers aren’t mind-blowing, but the sheer effort and energy he brought to the floor was a huge part of another win where the Horns had to scratch and claw for most of the night.

“(Coach Shaka Smart) has emphasized to me all the time to be a guy that flies around and plays with an extremely high motor,” Jones said. “So having a motor that doesn’t stop is a big part of who I am as a player.”

Andrew Jones scored a game-high 20 points, but Kai’s fingerprints were noticeable upon closer inspection. His best stretch came with about nine minutes remaining. After he threw down a rim-rattlin’, teeth-clatterin’ dunk off an alley-oop feed from Courtney Ramey,  the Blazers got a step on Texas’ defense. But Kassim Nicholson’s layup attempt didn’t make it to the rim because big Jones was there to swat it away.

“It’s amazing what trying hard (can) do, especially when you have the athletic dimensions the way he does,” Smart said. “We talk about having a standard of competitive effort. I thought we were better on defense when he was in the game than when he was out.”

“He’s a tremendous talent,” said UAB coach Robert Ehsan. “His upside is as big as anyone in college basketball.”

Jones is literally just getting started.  A cerebral sort who plans a career as an investment banker back where he grew up in the Bahamas, he had a tough time early in the season. He  played five minutes in the opener against Northern Colorado but logged zero minutes in Texas’ next three games, which prompted him to ask Smart what he needed to do to get more minutes.

After the Horns jetted back from Purdue, Jones didn’t head home. He grabbed a ball and headed upstairs to the gym to practice his moves. It’s the work he puts in on his own time that has Smart excited about how good he will be in the future.

Growth is happening, but patience is the correct approach. Jones has upside but it wouldn’t be fair to expect him to start putting up double-doubles like Mo Bamba or consistently pop off the screen like Jaxson Hayes. He will stick around past his freshman year and continue his upward arc as his minutes increase.

“The biggest thing for me is  just staying ready and staying in the gym,” he said. “You know, I’ve been living in there.”

It’s the right place to be.