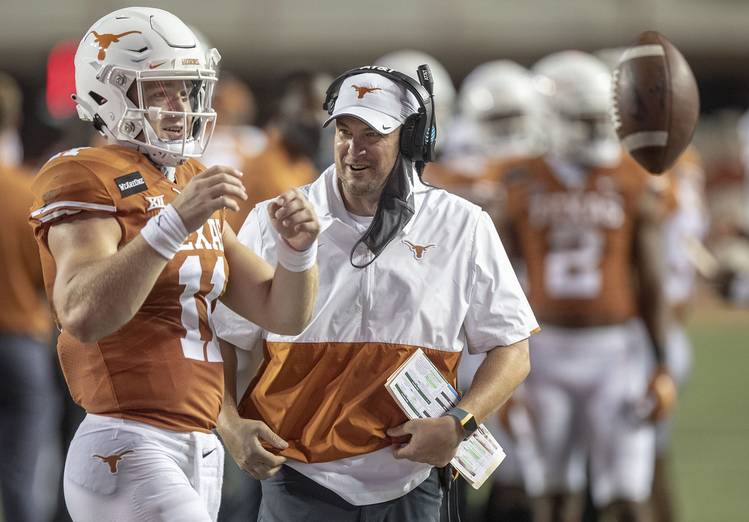 The Texas Longhorns clearly made an impression.

Yes, they walloped UTEP, one of the worst FBS college football teams in the nation and one that has gone 2-34 the last three seasons, but give Tom Herman’s club credit for not sleepwalking, for coming out strong and for keeping its intensity for four quarters in a 59-3 trouncing before a small crowd of 15,377 at Royal-Memorial Stadium.

So I moved Texas into my Top 10 on my Associated Press ballot at No. 7. The poll results will be released later Sunday.

Voting won’t be easy this season, given all the postponements and cancellations and rescheduling because of the coronavirus pandemic. At least, our marching orders this time is to thankfully eliminate from consideration those teams not playing. So that’s progress.

The teams that leaped into my Top 25 or made the biggest upward move include BYU after it throttled Navy, Louisiana after it toppled Iowa State on the road, Pittsburgh with its impressive win, idle SMU and Arkansas State, which upended Kansas State.