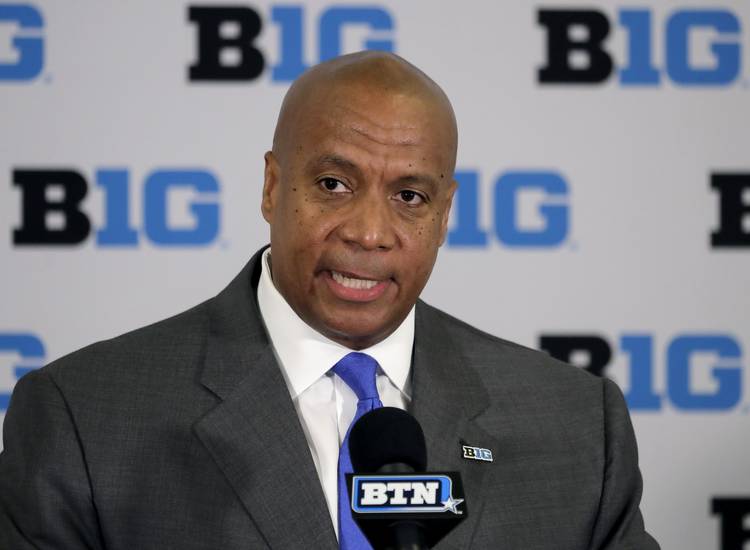 Advertisement
Another week, another Power 5 conference committing to play and another confusing go-around to fill out an Associated Press Top 25 college football.
It doesn’t get any easier. But, hey, we’re dealing with Bill Belichick making funny sandwich commercials these days, so anything is possible.
We were instructed NOT to include any Big Ten teams until next week’s AP Top 25 ballot. Guess the main office isn’t sure the Big Ten and commissioner Kevin Warren won’t change their mind and decide against playing after all. Besides, it’s been a few days since that august conference made a major decision. Or maybe Nebraska, which has to open against my preseason No. 1 Ohio State, will decide it isn’t so hungry to play football after all and lobby for spring football.
Next week’s vote won’t get any simpler.
Most everyone expects the Pac-12 to follow big brother Big Ten’s lead and commit to playing this fall as well, come hell, high water or horrible forest fires. Such is life in 2020.
Regardless, we carry on.
Miami made the biggest leap in my poll, skyrocketing from 21st to ninth after making a big impression with a road win at Louisville. Manny Diaz has got it going with D’Eriq King at the controls. I leapfrogged Notre Dame over idle Florida after its shutout of South Florida. And I dropped unimpressive Oklahoma State from 10th to 19th after barely slipping by Tulsa in a defensive struggle.
Here’s my vote:
1. Clemson
2. Alabama
3. Oklahoma
4. Notre Dame
5. Florida
6. Georgia
7. Texas
8. BYU
9. Miami
10. LSU
11. UCF
12. North Carolina
13. SMU
14. Louisiana-Lafayette
15. Auburn
16. Cincinnati
17. Pittsburgh
18. Texas A&M
19. Oklahoma State
20. Army
21. Memphis
22. Tennessee
23. West Virginia
24. Marshall
25. Louisville