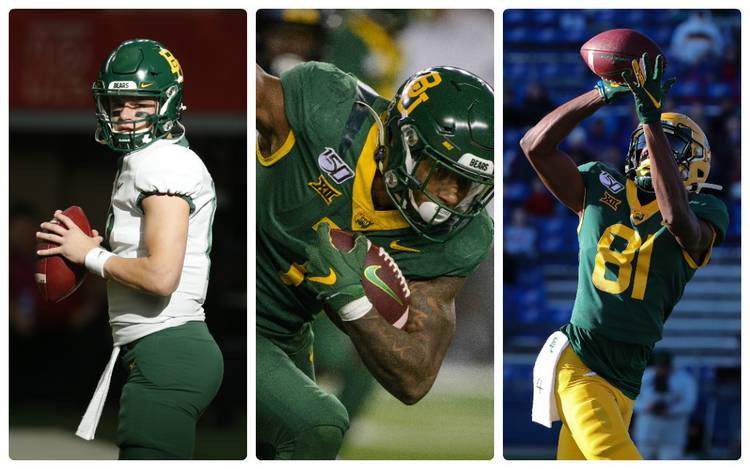 A roll. A hot streak. A heater. Whatever you want to call it, we’re on it here on Craven’s Corner, which cashed for a fourth consecutive week to start the football season. We’ve yet to lose money on a week. The Corner finished September with a 14-5 record, including 5-2 in our most recent week. We’ll pick five more games for the first weekend of October.

Kansas State -2 over Texas Tech: Tech played as well as it could until the final three minutes in a loss to Texas. That disappointment will bleed into the road game against Kansas State. Conversely, Kansas State is riding high after upsetting Oklahoma for the second consecutive season. That confidence gained last week will help quarterback Skylar Thompson beat the Red Raiders by more than three points.

The Texas Tech offense does scare me here, but the Wildcats did OK in pass coverage against the Sooners despite missing defensive backs due to COVID-19 trace testing. A full stable of defenders, plus a solid running game with Deuce Vaughn, gives me confidence in Kansas State.

Baylor -3 over West Virginia: Baylor never gets the respect it deserves in gambling lines. The Bears helped the Corner in 2019 and we’re going to ride them again against West Virginia. The Mountaineers lost to Oklahoma State last week. Baylor started its season with an easy win over Kansas. Don’t give up more than three points here. If the line moves to -3.5 or more, leave the bet alone or buy the half point to avoid losing if Baylor only wins by a field goal.

SMU +3 over Memphis: Buy the extra half point if this hovers around +2.5. We were burned by not doing so in the Louisville matchup against Pittsburgh last week, costing us a 6-1 week when Pitt covered by winning by 3 points instead of 2.5. We won’t make the same mistake again. SMU possesses a solid offense with former Texas quarterback Shane Buechele in charge. Memphis hasn’t played in nearly a month because of COVID-19.

Cardinals -3 over Panthers: The air-raid offense is working quite well in the NFL with head coach Kliff Kingsbury and quarterback Kyler Murray flourishing at 2-1. Murray does throw too many interceptions but that isn’t a huge worry against a Panthers team rebuilding under Matt Rhule. The Panthers are without injured running back Christian McCaffrey. I don’t care about home field advantage in 2020. Give me the Cardinals.

Raiders +3 over Bills: Las Vegas might be the only team in 2020 to possess a real home field advantage given the temptation of the city, even during a pandemic. The Raiders shocked New Orleans at home two weeks ago. Las Vegas could do that again this week when it hosts a Bills squad that isn’t used to its current success. It’s hard for me to imagine the Bills starting the season 4-0, so I’m taking the Raiders to cover and possibly win the game outright.