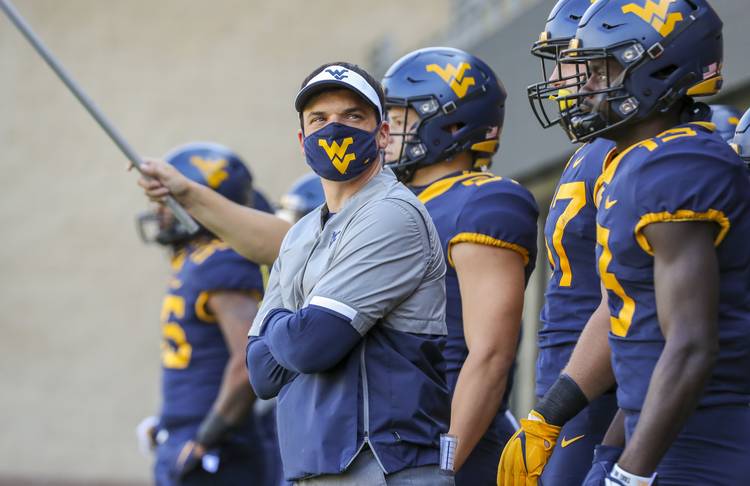 If you’ve followed the Big 12 this fall, you’ve been reminded of this approach all the live-long day.

After a subpar season in 2019, the head coach made over a big chunk of his coaching staff. Because of the coronavirus pandemic, his team didn’t have the benefit of a full spring practice or offseason. Oh, and his team is a work in progress.

West Virginia’s second-year coach hasn’t really belabored the points of a staff makeover, the challenging medical crisis or the lack of offseason work as Tom Herman relentlessly has since August as part of the Texas coach’s mantra.

In truth, both Brown and Herman are within their rights of bemoaning the adversity of 2020 although no one made Herman shake up his crew with seven new assistant coaches. He chose to do that. Both coaches took pandemic paycuts, Brown from his $2.95 million contract, the third-lowest in the Big 12, according to USA Today. He’s a rising star.

West Virginia got two spring practices in before the pandemic shut things down and Brown lost assistants to South Florida, Old Dominion and Auburn to better jobs. Veteran defensive coordinator Vic Koenning was let go this summer after allegations of mistreatment of and insensitive comments to players about protests and politics.

The ugly episode didn’t seem to set back the Mountaineers program, in part because Brown has received high marks for his behavior during the racial unrest. If anything, he’s been applauded for attacking the virus’ effects by separating his position groups in different facilities in practice to avoid wholesale infections and off the field by setting up an “inclusion committee” of players that met weekly to discuss social inequities and voting registration.

Brown, 40, brought with him from a successful stint at Troy a philosophy of “serve and develop” to complete the overall growth and maturity of his players for life after football, part of the reason why in September he was named honorary head coach of the AFCA AllState Good Works program.

Not only did Brown and his players have regular discussions about voting, he said he tried to “educate our players on the local ballot,” not just the presidential election.

You’d expect nothing less of a son of educators.

His father was a former high school administrator. His mother was a librarian. His wife was an elementary school teacher for several years before they started having kids. His in-laws were both schoolteachers as well.

The strides that an engaged Brown has taken in refurbishing a West Virginia program that had grown a bit stale under the more aloof Dana Holgorsen have been obvious. The Mountaineers, picked eighth in the 10-team Big 12 by the media this summer, sit in a tie for fourth at 4-2 and 3-2 in league play with identical marks to Texas, their Saturday opponent. They’re unranked but have enough votes to be 33rd nationally. Brown seems to be here for the long haul.

But for two critical fumble returns for a touchdown or a setup for a score in losses to Oklahoma State and Texas Tech, West Virginia might even be undefeated. The team’s also dealt with foolish penalties and dropped passes by receivers — six against the Red Raiders, four on third downs — but may have worked out the kinks.

After putting a beatdown on Kansas State — a program that flirted with Brown before hiring Chris Klieman — WVU is out to continue its upward trajectory and, in some cases with a strong running attack and defensive front, represents a mirror image of Oklahoma State, which Texas toppled in overtime last week.

“That was the most complete game we’ve played in two years,” Brown said of the win over K-State. “All three phases together. Now we’ve got another big challenge. In our league you have to turn the page. We’re playing a Texas team coming off a huge win, and Texas is probably the most talented team in our league.”

West Virginia’s hardly barren of talent. It boasts two of the best defensive linemen in the Big 12 in brothers Darius and Dante Stills, an athletic linebacker in Arizona grad transfer Tony Fields II who will likely spy on Texas quarterback Sam Ehlinger, a defense that has nine interceptions and an offense built around proficient redshirt quarterback Jarret Doege and top running back Leddie Brown, whom Texas defensive coordinator Chris Ash once recruited at Rutgers.

Stopping Ehlinger will undoubtedly will be the Mountaineers’ primary focus.

“After watching him play,” co-defensive coordinator Jordan Lesley said, “I think he is the best competitor in our league.”

Brown’s a readaholic who instituted a book club and shares books with players and staff like his favorite, “The Slight Edge,” about creating successful habits and celebrating successes. He is so attentive to the little things that hardly a thing goes unnoticed. He’s so thorough that during his interviews with the WVU  radio broadcast team, it was Brown who was asking them questions.

“I was struck at the interest he takes in my job, asking high-level questions that take you aback,” said Dan Zangrilli, WVU’s broadcasting director and host of the pre-game and post-game shows. “He has a thirst for learning and has an innate curiosity that is extraordinary.”

“He’s interested in everybody from the janitor to the sports administrators and everything,” he said. “It might be if the floor is mopped properly because the mom of a recruit would be impressed.”

This year he focused on upgrading the ground game that was deficient. His team has already run for more yards than it did all of last season.

That said, Brown is not a square peg in search of a round hole. Actually there’s nothing square about this Kentucky native. He was a prolific wide receiver in high school and played the position at Kentucky and UMass. He once called plays at air-minded Texas Tech, and it should be pointed out Brown has not been kicked out of the Air Raid Club.

As he put it this week, “If you look at our games, we’ve passed for other 300 yards the last three games,” Brown said. “Our passing is not too bad. I think we’re in the top 20 or so in the country.”

Doege has been more than good, but Brown liberally employs two tight ends and wants to develop a strong offensive line with depth. One tackle opted out for the season, and freshman Zach Frazier, who has filled in at guard and center, has a star quality in him.

Building offensive line depth doesn’t happen overnight. Over two years or more is more likely. To that end, he wants to shape the Mountaineers with a balanced offensive attack and an aggressive, physical defense.

Brown is not trying to reinvent the wheel or an offense that made quarterbacks like Pat White and Geno Smith household names in Morgantown. However, by running the ball, he thinks he’ll have a rested defense as much as a relentless one.

Under Brown, West Virginia has more than a fighting chance with an authentic coach, a proud history, energized fan base and freshly mopped floors.

Golden: Expect Texas to play to the competition vs. West Virginia; it’s what the Longhorns do

Eyes on Texas: Joseph Ossai has been a terror, but Horns’ other defensive linemen heating up, too