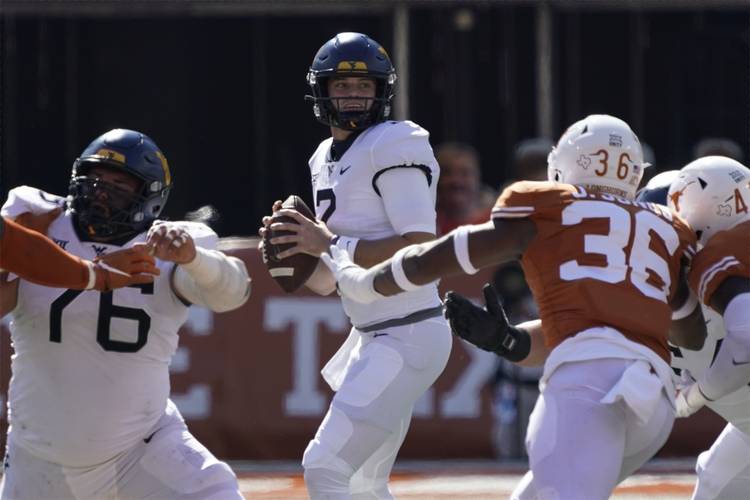 Craven’s Corner cashed for the second straight week with a 3-1 record in college games, breaking even with a 2-2 record in the NFL. We’re four games above .500 in November following a disastrous October. A solid year betting college games leaves us with a 36-31-2 overall record on the season despite a sub-.500 record on NFL games.

West Virginia -2.5 over TCU: West Virginia was a missed penalty away from probably pulling an upset on the road last week over the Longhorns. TCU hasn’t looked like a quality team since holding on to upset Texas. At home, I’ll take the Mountaineers because the West Virginia defense is much better than a TCU offense that couldn’t muster 100 yards passing in a win over Texas Tech. West Virginia quarterback Jarret Doege is second in the Big 12 with 2,007 yards passing.

Miami +3 over Virginia Tech: Miami enters this game ranked ninth in the nation, while Virginia Tech is unranked. Yet it is the Hokies that enter the contest between the two teams as the favorite because of home-field advantage. The 2020 season doesn’t allow for much of a home-field advantage, so I’m taking Miami because the Hurricanes are more talented and hold a clear advantage at the quarterback with D’Eriq King.

Louisiana Tech -1.5 over Rice: Louisiana Tech enters this Conference USA matchup against Rice with five more games played than the Owls have because Rice chose to postpone the start of its season due to COVID-19. Rice is 1-1, while Louisiana Tech is 4-3. The Owls were supposed to play UTSA last week, but the Roadrunners were forced to cancel with positive tests. The uneven season for Rice can’t be conducive with consistent play, so we’ll lean toward Louisiana Tech on the road.

Texas Tech -1.5 over Baylor: Baylor is a team without an offensive identity. Texas Tech isn’t much better, but at least we can count on the Red Raiders to put up points. This contest will come down to which team gets better play from their quarterback. Baylor will be without injured defensive star Terrel Bernard.

Titans -2 over Colts: It’s hard for me to trust Colts quarterback Philip Rivers in a big game against a solid defense. The former Charger is too fond of ill-timed interceptions over the course of his career. Tennessee stopped a two-game skid last week with a win over Chicago. The Titans should have an advantage on Thursday night as the home team that didn’t travel last week, either.

Browns -3 over Texans: The Texans are playing better after firing head coach Bill O’Brien, but Cleveland is a three-point favorite at home. That means the betting books see this game as a tossup if it was playing on a neutral field. I disagree. Cleveland is the better team and should win by more than a field goal.

Bills +2.5 over Cardinals: The Bills helped us cash last week with a convincing win over Seattle. We’ll back them again on a trip to Arizona. I’m not buying the Cardinals just yet because quarterback Kyler Murray is asked to be the main guy as a passer and a runner. The Bills defense will force him to stay in the pocket and win with his arm. Buffalo quarterback Josh Allen has the sixth-best QBR in the NFL.

Seahawks +1.5 over Rams: We took Seattle to win the NFC West in the first Craven’s Corner of the season. The game on Sunday between the Seahawks and the Rams is essentially a division title game. Seattle quarterback Russell Wilson usually lights up opposing defenses following a loss.

Bohls: Big 12 defenses are out to shatter the league’s old offense-first stereotype

Bohls: Texas’ Scottie Scheffler’s been there, done that, but wants to win this Masters