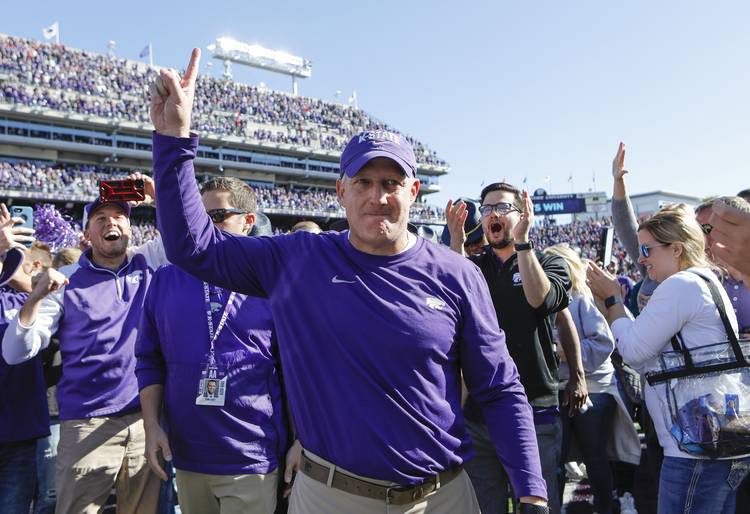 Coaches are a bit on edge these days.

And who can blame ‘em?

The number of college football games postponed or canceled continues to mount as a new surge in coronavirus outbreaks all over the country threatens more shutdowns and disruptions in a season that has been anything but normal.

So in light of all the interruptions and opt-outs and no offseason, should this season even count?

That, of course, is the ultimate scoreboard.

On Sunday, South Carolina’s Will Muschamp became the second to lose his job after Southern Mississippi’s Jay Hopson resigned in a mutual agreement. Last week? No, after the first game of the season. So strange has this year been that the Eagles are already breaking in a third head coach after interim coach Scotty Walden left to immediately become the top guy at Austin Peay. Only in 2020.

Strange, new world. And it gets more bizarre by the minute. Next thing you know, someone will hire Art Briles.

Tom Herman became overly defensive himself in his Monday presser after rumors and conjecture about his job security, but he adamantly said he wasn’t at all worried. Check back in December.

In effect, college football is business as usual on the field and anything but off it.

Certainly the Big 12, among the leaders in the COVID-19 response, has done an excellent job in handling the pandemic. Commissioner Bob Bowlsby, who serves on the CFP advisory committee, said over the weekend there was some “latitude” for pushing the playoff back beyond the first two weeks in January.

On Monday, Bowlsby texted me that that later CFP scenario could emerge “only if circumstances force us off current dates.”

Translation: If the conference championship games are delayed beyond their latest date of Dec. 19.

And why not, since the Big Ten and Pac-12 were initially considering playing an entire spring season.

With the news that Texas A&M will not play for the second week in a row after its upcoming home game with Ole Miss was canceled on the heels of last week’s Tennessee contest, the total count of games that have been postponed and/or canceled has reached 70.

And it’s only-mid November, and the Pac-12 just started kicking off with 15 games already scrapped. One Pac-12 team, Utah, hasn’t even played a game yet. Five games scheduled this week have been postponed.

By any measurement, college football seems to be approaching the danger level of whether to cancel or keep going. Players and coaches deserve immense credit for their sacrifices.

It says here that college football did the right thing by playing this fall but also adopting serious protocols that stop games like the Ole Miss-A&M game when a single Aggie player tests positive and another is returning from a 14-day quarantine.

College football has and is continuing to treat the pandemic with all the gravity it deserves. Barely two weeks away from Thanksgiving, COVID-19 remains undefeated.

So should we keep going?

“Would any of us be shocked if we got shut down?” said Riley, whose Sooners are preparing for one of its biggest games of the year in its Bedlam series against rival Oklahoma State. “No. Not with all we’ve had to deal with. We’re probably a little bit more in jeopardy with what’s going on now.”

Even though the Big 12 deserves high marks for its treatment of COVID-19, it is not without problems. Texas has remained above the fray and gone to great lengths like holding player meetings in club suites and luxury boxes in Royal-Memorial Stadium. Texas Tech’s Matt Wells said his coaches and players all wear masks or shields at practices even though it’s not required. Iowa State’s Matt Campbell said the Cyclones are “100% healthy.”

Baylor lost three games to the pandemic with 32 positive cases among its athletes although its game with Oklahoma State has for now been rescheduled for Dec. 12.

And Kansas State has had major issues in its testing. So much that Wildcats coach Chris Klieman told me Monday, “We’re right on the cusp.”

By starting so late, the Pac-12 has no margin for error. Other teams, like Wisconsin in the Big Ten, went three weeks between games. Michigan is probably hoping for a cancellation or two.

Klieman said he remains completely on board with the decision to keep playing and thinks it’s safe to play.

“Absolutely it is,” he said, still concerned one of his position groups might not fit under the minimum availability requirement of seven offensive linemen, four defensive lineman and one quarterback. “We’ve proven that. I know it’s more than half of our team that’s had it. It’s not a week-to-week operation. It’s a day-to-day operation. That’s the unfortunate thing.”

“We all want to play,” the Aggies coach said, “but we still want to be safe.”

Bohls: After a breakout Masters, Texas ex Dylan Frittelli is a no name no more