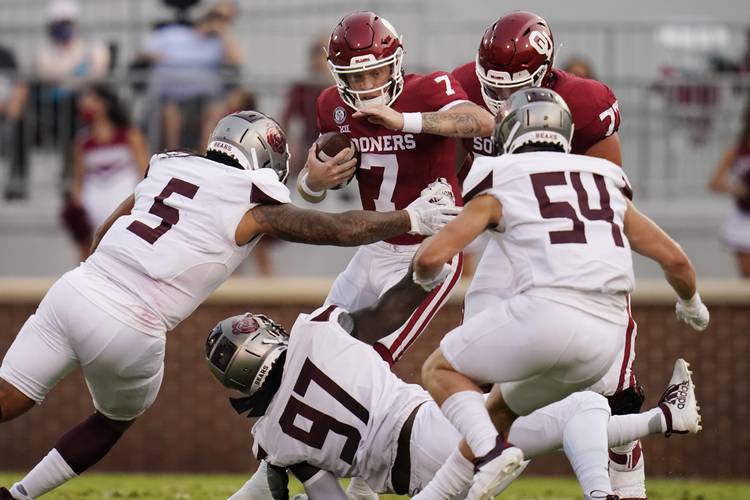 Craven’s Corner plans to tread easy this weekend with a dull slate of games at the college and pro level. Last week, we finished 3-3-1 overall with a 2-1 record in college football. We’ll only bet on three college games in this edition because of lackluster matchups.

Pittsburgh +3.5 over Virginia Tech: Pitt gets points as a home underdog in a contest between 4-4 squads. Pitt is also the better passing team thanks to quarterback Kenny Pickett. The senior has 1,599 yards passing and eight touchdown passes to just three interceptions. Virginia Tech enters the game on a two-game losing streak, but those losses were by a combined four points.

Oklahoma State +7.5 over Oklahoma: Bedlam is the best college game of the week with the Sooners a touchdown favorite at home. Oklahoma does possess the longest current winning streak in the Big 12, at four games. OU quarterback Spencer Rattler is taking better care of the football, while the defense is starting to live up to its recruiting pedigree. Still, these games are usually close and Oklahoma State knows it is now or never to knock Oklahoma off of conference throne.

Utah +3.5 over USC: Texas fans could get their first chance to see former Longhorns quarterback Cameron Rising play a college game when the transfer enters the game for Utah. Rising transferred from Texas after the 2018 season. He’s expected to split time at quarterback in the opener. The Utes are a home underdog. USC was lucky to win its opener.

Seahawks -2.5 over Cardinals: Seattle is the adopted NFL team of Craven’s Corner since we seemingly wager for or against the Seahawks every week. We took Seattle to win the NFC West in our first column of the season, so we’ll back Russell Wilson’s squad to continue its march toward a division crown. That march took a detour last week in a loss to the Rams.

Bengals +2 over Washington Football Team: The Bengals are slight underdogs on the road. Cincinnati quarterback Joe Burrow is the best offensive player in the game, so we’ll lean toward the Bengals in a game that isn’t good enough to care about unless some money is wagered. Burrow is up to 2,485 yards passing and 12 touchdown passes to five interceptions through his first nine career games.

Broncos +3.5 over Dolphins: Consider me in the group that liked the decision to replace Ryan Fitzpatrick with Tua Tagovailoa despite Miami staying above .500 on the season. Miami drafted Tagovailoa to be its future, and that future is now with the Dolphins sitting at 6-3 in a winnable division. Going on the road in the NFL is never easy, however, so back the Broncos as a home underdog.

Packers +2 over Colts: Indianapolis could hoist the Super Bowl this season and the next Corner would still spend a sentence or two doubting the Colts. I simply don’t buy Philip Rivers. Maybe he’ll continue to prove me wrong, but Aaron Rodgers is where my money is headed.