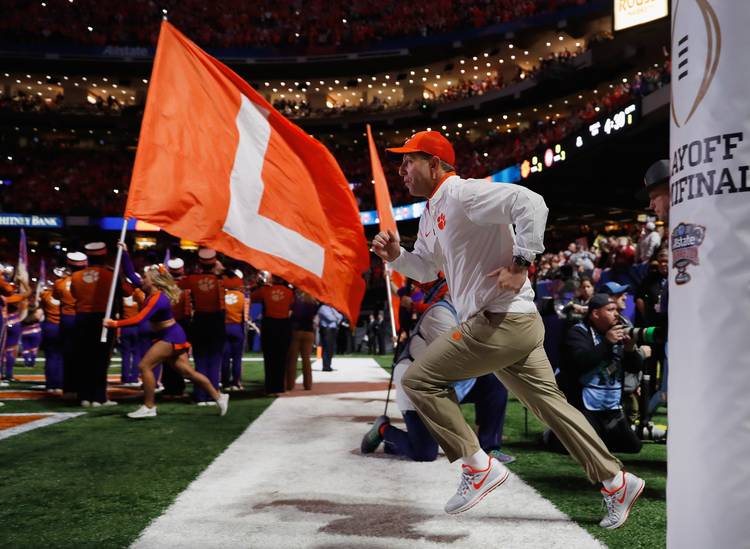 The Corner delivered marginal winnings in the wildcard round of the NFL playoffs. We went 2-1-1 to push our year-long record to 66-53-4 record, including a 25-8-2 run since mid-November. The divisional round of the NFL and the championship game of the College Football Playoff provides a buffet of betting options.

Clemson +6 over LSU: Clemson quarterback Trevor Lawrence hasn’t lost a game as a starter and I’m not giving him six points after watching the defending champs crawl back against Ohio State. The battle of the Tigers should be exciting and high scoring with the over/under set at 69.5. I’m picking LSU to win, but it’s a coin flip in my mind. The intangibles lean toward the team that was here last year. The pressure is on LSU and Heisman Trophy winner Joe Burrow. That favors a Clemson team that is riding the underdog tag despite not having lost a game since 2017.

49ers -7 over Vikings: Minnesota shocked the NFL with a win in New Orleans. The 49ers overachieved all season en route to the NFC West title. Bet against San Francisco at your own peril. We’ve learned our lesson and fully trust the 49ers to show up at home in a winnable game. The Vikings were 8-point underdogs against the Saints. We’ll take the extra point this week and settle for a push if San Francisco wins by a touchdown.

Ravens -9.5 over Titans: The Titans are playing excellent football under the leadership of Mike Vrabel. Tennessee ended Tom Brady’s near decade-long run of AFC championship appearances by beating the Patriots on the road. The Ravens run a completely different offense and present unique problems thanks to a balanced offense spearheaded by likely MVP Lamar Jackson. I place value on the bye weeks given the grueling stretch of a NFL season. A rested Ravens team at home scores too many points for the Titans to stay within 10.

Chiefs -9.5 over Texans: The Texans snatched a victory from Buffalo despite facing a 16-point deficit in the first quarter. Their luck runs out on the road against the Chiefs. Kansas City looks like a team poised for a deep run and this Houston team isn’t consistent enough to go on the road and win. Give me the Chiefs to pull away in the second half behind a strong performance from quarterback Patrick Mahomes.

Seahawks +4 over Packers: The Packers earned a bye on the final weekend of the season when Seattle fell in the regular-season finale against San Francisco. Seattle was the better team throughout the year. The Seahawks possess more balance on offense and a better defense. Green Bay does suit up Aaron Rodgers and it’s never easy to win on the Frozen Tundra in the playoffs. I’m not confident enough to take Seattle on the money line, but a close game cashes and a blowout feels unlikely.