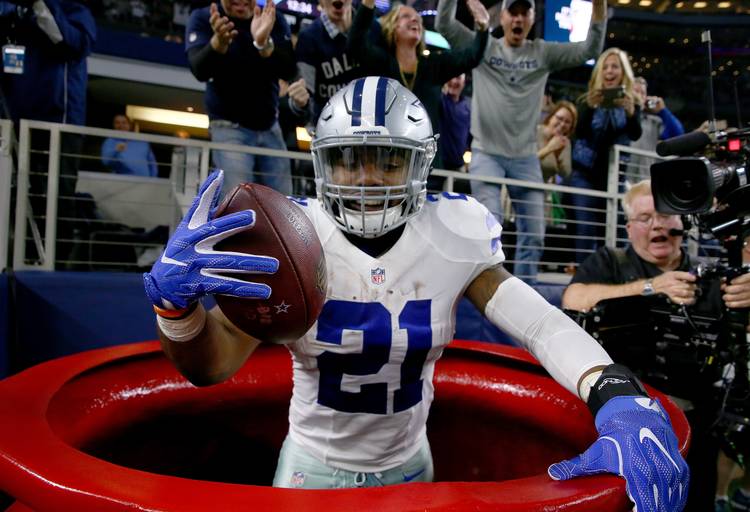 Money is flowing into the corner since the midpoint of November. A 4-1 record in NFL games last weekend pushed our four-week run to 20-6-1. We’re 61-51-3 on the year with a +265 win with Memphis claiming the AAC title and a +175 take after Ohio State claimed another Big Ten title. We’ll keep our focus on the NFL until the bowl games become meaningful.

We placed four NFL future bets in our first Corner, and all four are still in play.

Eagles +1.5 over Cowboys: We jumped on Dallas last week and rode Zeke Elliott to an easy win. That performance over the Rams gave Dallas its first win of the year over a team with a winning record. I don’t trust the Cowboys to show up two weeks in a row. This feels like the game Dallas falls apart as head coach Jason Garrett starts boxing up his office.

49ers -6.5 over Rams: San Francisco is closing in on the NFC West title and a bye in the upcoming playoffs. The 49ers are 8-4-1 against the spread on the season and we like them to win by at least seven points at home. The Rams are slipping out of playoff contention with a struggling offense. Teams that lose in the Super Bowl rarely perform well the following year, and that’s holding true with the Rams. The 49ers’ defense and run game is the difference.

Packers +5.5 over Vikings: We took Green Bay to win the NFC North before the season, so we need Aaron Rodgers and his Packers to pull off the road upset and keep pace in the division race. Even a close loss puts us in the money. I’ll always take Rodgers in big games against divisional opponents. Green Bay found its running game last week behind a heavy dose of El Paso native Aaron Jones.

Dolphins (ML) over the Bengals: This is a straight pick-em game. The Bengals are playing for the No. 1 pick in the draft. That means Miami is more incentivized to win this game. The Dolphins have been playing respectable football since November and the hapless Bengals won’t put up much of a fight.