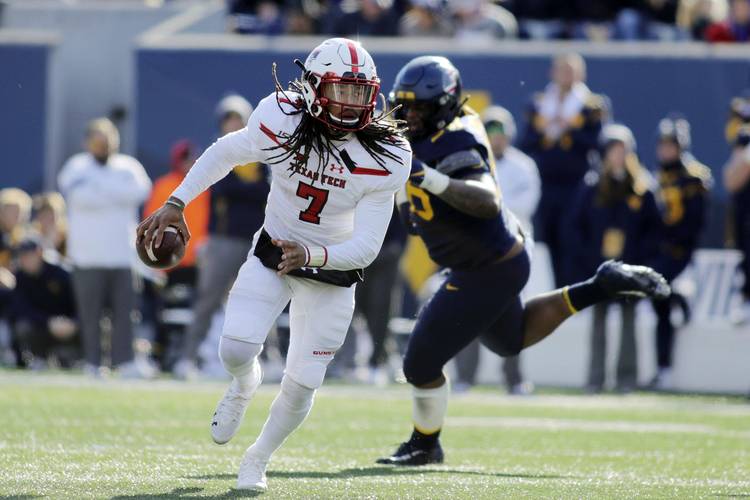 Slow and steady. That’s our approach to life and gambling here on Craven’s Corner. A second consecutive winning week moved our season total to 51-48-2. The corner is 10-3-1 over the past two weekends and Thanksgiving provides another opportunity to build on our momentum.

Texas Tech +10 over Texas: Texas Tech can change the perception of Matt Wells’ first season as the head coach in Lubbock with a win over a reeling Texas program facing imminent changes on the coaching staff. Simply put: The mood in Texas Tech’s locker room is more positive than the one in Austin. Give me the Longhorns to win this game in a similar fashion to how Texas beat Kansas. I’ll take Texas Tech to keep the score in the single-digits with late touchdowns.

West Virginia +13.5 over TCU: West Virginia is quietly playing solid football in the second half of the regular season in Neal Brown’s first year as the head coach in Morgantown. The pressure is on TCU since the Horned Frogs are a win away from bowl eligibility. Hopefully, this line grows to 14 points by kickoff. It’s hard to trust this TCU team to beat anyone by more than two touchdowns.

LSU -16.5 over Texas A&M: Revenge is on the mind of LSU after falling in College Station last season in a multiple-overtime thriller. The Tigers are rolling toward an SEC championship and head coach Ed Orgeron is searching for any piece of motivation. This is the last home game for LSU and quarterback Joe Burrow is building a case for the Heisman. Expect a blowout in Baton Rouge.

Kansas State +5.5 over Iowa State: This feels like a game to pick the underdog. This should be a slugfest and that favors the team receiving points, especially since Kansas State is at home. Both teams want to play smash-mouth football, control the clock and win in the fourth quarter. That’s a recipe for a close game and a cover by the Wildcats.

Oklahoma -13 over Oklahoma State: Sure, Bedlam gets weird and this Oklahoma team doesn’t inspire a ton of confidence. Oklahoma State might be without its starting quarterback and the Sooners need style points in wins over Oklahoma State this weekend and Baylor in the Big 12 championship for any chance of reaching the College Football Playoff.

Bills +6.5 over Cowboys: Do you trust the Cowboys to win by a touchdown against a team with a winning record on a short week? Not me. A Cowboys win is likely a nailbiter, so I’m taking a scrappy Bills squad that is competing for a wildcard spot in the AFC.

Patriots -4.5 over Texans: I tend to take the Patriots whenever possible. New England struggled offensively last week in a win over the Cowboys. This could be the game that Tom Brady finds his rhythm for another long playoff run.

Seahawks -3 over Vikings: We bet on Seattle to win the NFC West, so we need the Seahawks to beat the Vikings and hope the Ravens knock off San Francisco to close the gap. I can’t trust Kirk Cousins on the road in Seattle. Russell Wilson clearly holds the advantage if it becomes a shootout.

Bohls: The Longhorns go out with a real bang after a real whimper of a season