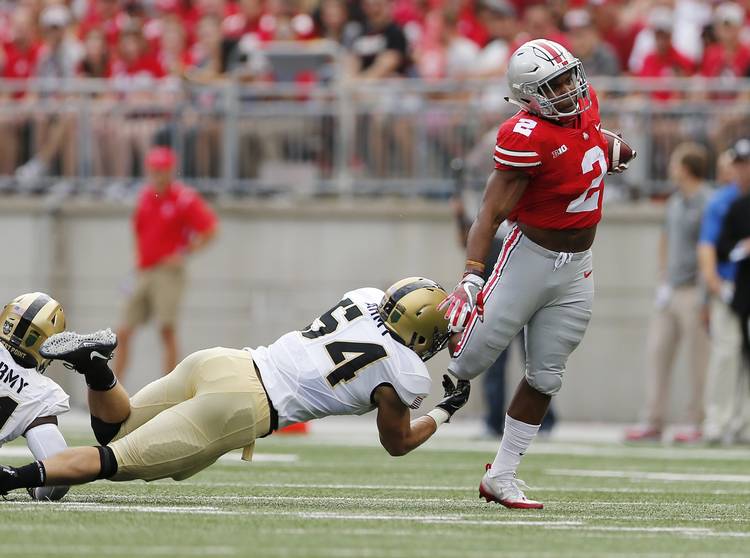 The corner went 5-5 last week to bring our record since the start of the NFL season to 31-34-1. We’re entering the best time of the year for sports gambling with the football in full-swing, the start of the NBA season as well as the World Series between the Astros and Nationals. The Astros are down to -120 to win the series after dropping Game 1, which provides tremendous value if the bettor believes in Houston. Just saying.

Wisconsin +14.5 over Ohio State: We picked Ohio State to win the Big Ten before the season and that ticket is looking better with each passing week. The Buckeyes are among the contenders to win the national championship with quarterback Justin Fields, a transfer from Georgia, leading the way. Wisconsin was upset by Illinois. We’ll use that in our favor to take Wisconsin + 14.5 because the line would’ve been closer to 10 if Wisconsin didn’t overlook Illinois.

Texas -1 over TCU: This line scares me because it feels too easy. Texas is a better team than TCU and it isn’t like Amon Carter Stadium will be rocking Saturday afternoon when the Horned Frogs host a battered UT squad. The Longhorns nearly lost to Kansas and are on the ropes defensively. I actually believe Texas plays one of its best games this week against an inept TCU offense.

Notre Dame -1 over Michigan: Jim Harbaugh is on his way out at Michigan. Notre Dame still has plenty to play despite a loss to Georgia. The Fighting Irish are the better team, and are more motivated to win this game. The confidence can’t be high on the Michigan side with the Big Ten race already over for the Wolverines with Ohio State still on the schedule.

Panthers +5.5 over 49ers: How long can San Francisco go before losing? This is the NFL and few teams can roll through opponents on a weekly basis. Carolina is 4-0 with Kyle Allen at quarterback as the offense is now based around the talents of running back Christian McCaffrey. Give me the Panthers to keep it close.

Texans -6.5 over Raiders: The Texans need to rebound from a division loss to the Colts last week and the Raiders should be the perfect medicine. I like this line because it is under a touchdown. Seven points might be too much for me to give the Raiders. Oakland allows 301 passing yards a game. Expect a big day from Texans quarterback Deshaun Watson and wide receiver DeAndre Hopkins.

Eagles +2 over Bills: Buffalo’s five wins are over teams with a combined record of 6-30. The Bills are fool’s gold and the Eagles should expose their lack of offense. Philadelphia also enters this game with more urgency after a humiliating performance against the Cowboys. Philadelphia wins this game by a touchdown if the Eagles can avoid turning the ball over.

Clippers +325 to win NBA championship: The Clippers proved why I believe they’ll win the championship this season with an opening win over the Lakers without Paul George. No one puts together rosters like Jerry West, and no player in the world knows how to win quite like Kawhi Leonard. With Golden State no longer the Monstars, the NBA is wide open. Give me the team led by the best two-way player on the planet, and his name is Kawhi.

76ers +200 to win Eastern Conference: Milwaukee is the favorite to win the East. There’s more value in backing Philadelphia, a team with more talent and depth than the Bucks. Other teams in consideration are the Raptors, Celtics, and maybe the Nets if Kevin Durant can return from injury in time for the playoffs.