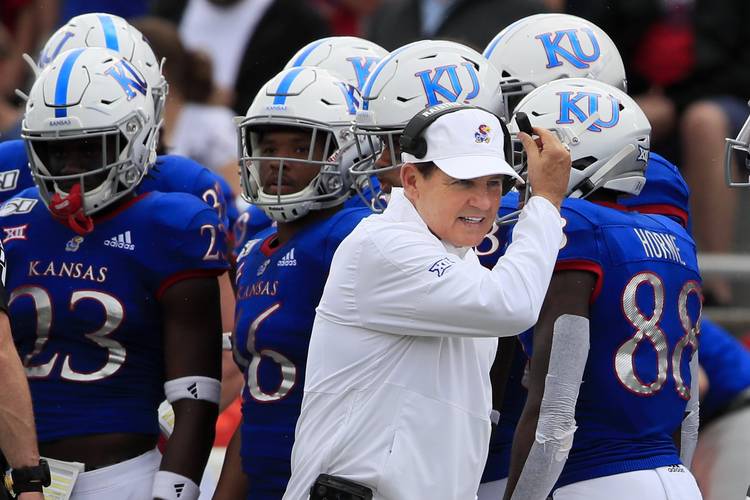 I owe each reader a beer or a taco after the 2-5 performance in last week’s Craven’s Corner. A reader pointed out an error in our overall record. After a re-check, he was correct. We are 34-38-1 on the season. Not horrible if we forget about last week. Let’s move toward brighter days and bigger pays.

Kansas State -6.5 over Kansas: This seems like the right time for Kansas to fall back to earth after a late loss to Texas followed by a home win over Texas Tech. Kansas State is starting to find a real identity under head coach Chris Klieman, who is proving capable of similar success in the FBS as he experienced in the FCS. I’m taking this if the line stays under a touchdown.

Oklahoma State -3 over TCU: Don’t let the TCU offensive explosion against a depleted Texas secondary fool you into believing in the Horned Frogs to go on the road and upset Oklahoma State. The Cowboys are dangerous when quarterback Spencer Sanders takes care of the football. A large dose of running back Chubba Hubbard helps Mike Gundy’s program cover.

SMU +6 over Memphis: The best team in Texas plays in Dallas. SMU is nearly a touchdown underdog against Memphis, a team we picked to win the American Conference. SMU didn’t look great in a win over Houston, but Memphis nearly lost to Tulsa. I’m betting on Shane Buechele and the Mustangs to keep this one closer than six points.

Bills +9.5 over Redskins: The Bills do one thing well: Beat bad teams. I don’t trust Buffalo against teams in playoff contention. I do trust this team to beat Washington by double-digits. Washington quarterback Case Keenum is in concussion protocol and this line will only grow if he’s ruled out. The under is also a smart play.

Colts -1 over Steelers: Give me the Colts in this battle of former backup quarterbacks. I trust Jacoby Brissett more than Mason Rudolph, so I’m taking Indianapolis on the road. The Colts are on a two-game winning streak behind a solid running game and an emerging defense. Indianapolis wide receiver T.Y. Hilton is the most explosive weapon on either offense. The Steelers also get one less day to prepare after beating Miami on Monday night.

Texans -1 over Jaguars: Revenge Game! Jacksonville went to Houston and snatched a late-game victory against the Texans. I expect Houston to return the favor with a defense ready to prove that it is capable even without J.J. Watt. The Texans defense should be better in its second matchup with rookie quarterback Gardner Minshew II.

Patriots -4 over Ravens: The Patriots are the White Walkers of the NFL and they’re usually at their best in prime time. I like the Ravens to win the AFC North, but not to cover at home against a New England franchise that never ages. The Patriots’ defense will stop what Baltimore does best and Tom Brady starts another run toward a MVP.