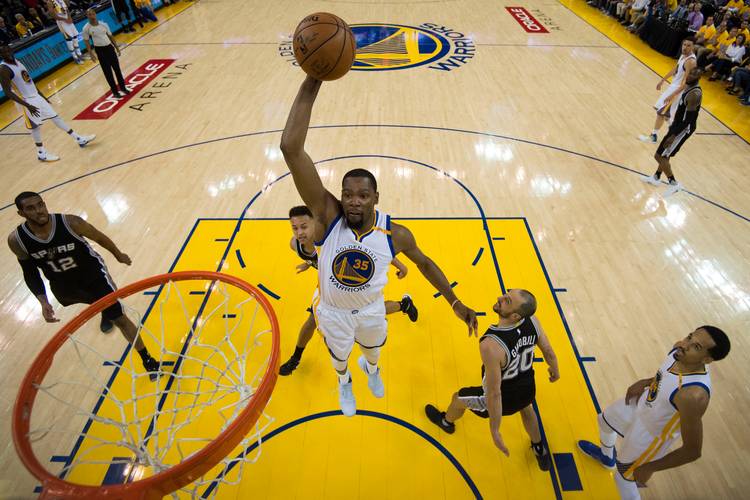 The Texas ex  was always great in Oklahoma City, but many of us remember many Thunder games when he would camp out in the corner with his hands on his knees away from the play.

KD is playing as if his last meal was on the line.

Dude’s a perennial All-Star who always played hard but he’s playing much harder with a Warriors team that would have been favored to win the 2017 title even had he not signed in the offseason. Durant is halfway to a Finals MVP and a championship ring and while there is the perception he jumped on the Golden State bandwagon, a blind man could see that he’s the best player on this team.

With that said, a rematch between these two teams sans Durant would have made for more of an entertaining series, especially with Klay Thompson’s shooting struggles before he regained his stroke in Game 2. Simply put, when a 73-9 team adds one of the best scorers in league history, what we’ve seen through the first two games is bound to happen.

As the venue switches to Cleveland for Game 3, this series feels like a sweep or a Golden State win in five games.